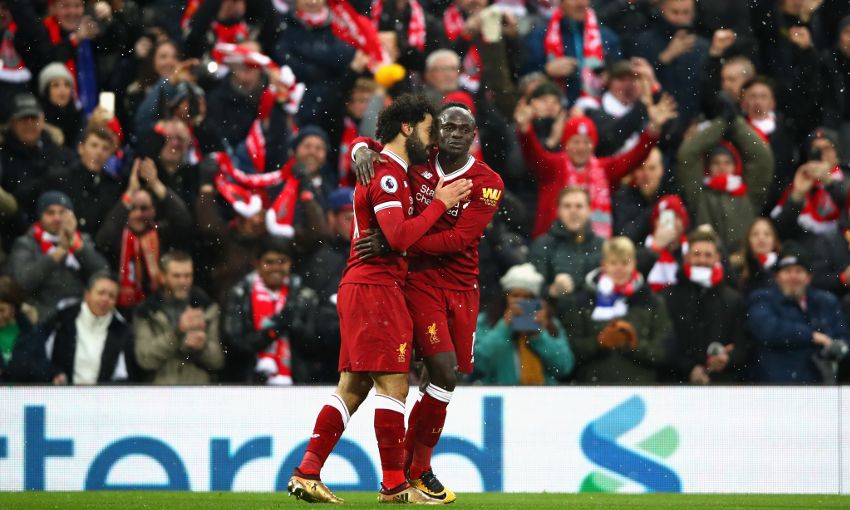 Sadio Mane is happy to concede his position as the fastest man in Liverpool's attack to Mohamed Salah – because he is delighted by the impact the latter has had on the team.

The Senegal international has regularly been the Reds’ chief speedster since joining the club from Southampton in 2016, with his pace on and off the ball a constant threat to opponents.

Fresh competition in that particular field arrived in the form of Salah last summer, though, and the new No.11’s fleet-footedness led to comparisons between their velocities on the pitch.

“Mo hasn’t tried to have a race with me yet but he is also very quick. He has great speed and gives a lot to the team… but we must also try to do our best to help him score many more goals.

“Honestly, we attack a lot in this team and we can always score many goals. I am very happy to be part of this great attacking team and play alongside so many great players.”

It has been a week of awards for Salah, who edged out Mane – among others – to claim the BBC African Footballer of the Year accolade for 2017 on Monday.

“I’m very happy to have Mo in our team. He is a great player and a great personality. I always enjoy playing with him in the team and the other boys too,” Mane said of his teammate.

“It is easy to play alongside great players like Mo. We just need to be in the same team all season so we can get to know each other better so that it is easier for us in games, so we can do things in the game.”