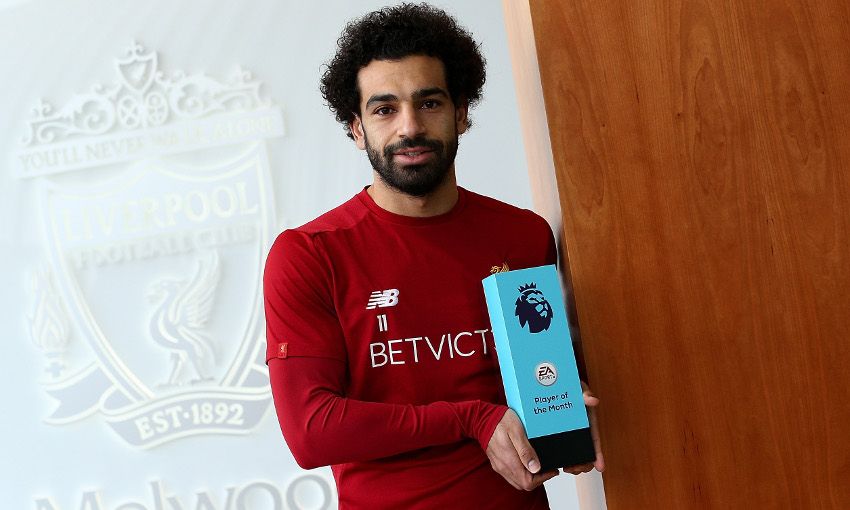 Liverpool forward Mohamed Salah has scooped the Premier League's Player of the Month award for November.

The 25-year-old netted seven goals in just four outings in the division last month, helping the Reds to three wins and one draw.

Salah becomes the first Egyptian to ever clinch the prize and follows Sadio Mane onto the roll of honour for this season after the No.19 won August's award.

Upon being presented with the award, Salah said: "Each month I want to score many goals and help the team to win games.

"That month, I scored seven goals and it's a good feeling, but for me the most important thing is the result and we had good results that month."