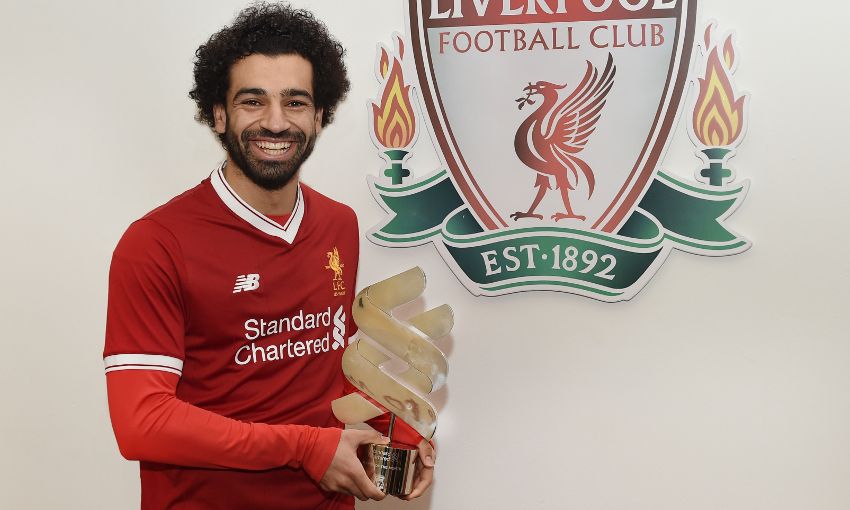 Mohamed Salah has been named the Standard Chartered Player of the Month for the third time in just four months after scooping November's prize.

The Egyptian scored eight goals in just six appearances in all competitions last month, extending a remarkable start to his Liverpool career.

After kickstarting November with a goal against Maribor in the Champions League, Salah bagged consecutive braces in wins over West Ham United and Southampton.

He then netted against former club Chelsea at Anfield before rounding the month off with yet another double - this time from the bench - in a 3-0 win over Stoke City.

Upon collecting the prize at Melwood today, the 25-year-old expressed delight at once again being recognised by the club's fans, though he insisted helping the team to good results remains his priority.

He told Liverpoolfc.com: "I'm very happy to win it again but at the end it's an individual award and, for me, we need to win games and we need to get the points, that's the most important thing.

"It was a good month for me. From the beginning I've had a good season with the team and that's the most important thing."

Salah succeeds Dejan Lovren as Player of the Month after the Croatian received October's award following an online campaign from supporters.