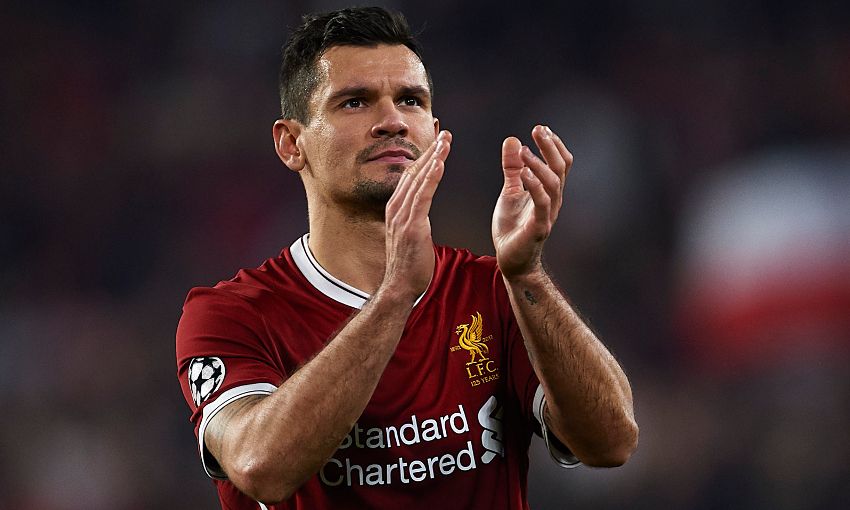 Many have marvelled from the outside at Liverpool’s form during their current nine-match unbeaten run and, in particular, their substantial attacking thrust – but what’s it like to be a player in a team currently operating at such a high level?

‘A great pleasure,’ is how Dejan Lovren succinctly summed it up when discussing a run that has yielded seven wins, two draws and 33 goals scored.

Nevertheless, the centre-back was equally eager to articulate the need for continued hard work, knowing how quickly things can change in football.

“It’s brilliant at the moment,” he told Liverpoolfc.com at Melwood ahead of Sunday’s Merseyside derby.

“It’s a great pleasure to be in the dressing room now and to enjoy every moment with the team. Also, around the club, I think everyone feels confident and when you meet fans on the street, everyone is smiling, happy and can’t wait for the next game.

“It’s a good moment, but the most important thing is that we need to keep this moment going on. That’s difficult, but I think we can do it. We’ve shown many times when we’ve needed to show it that we are a team full of players with character. This is what is pushing us on and hopefully it will stay like that.

“We are in a good moment when we are doing our tactical things, defensively all together, and then when we have the ball, we are so quick on the counter-attack; with this speed and all of these different movements, it’s unpredictable for other teams, what we will do in these moments.

“Some players, with their own quality, can change the game when they want, even sometimes when we cannot score as quickly as we want, then we have these magicians, speedsters and high-runners, and they can change the mood of the game.”

Liverpool embarked on their run on the back of what Jürgen Klopp described as their poorest performance of the season, when they went down to a 4-1 defeat to Tottenham Hotspur at Wembley on October 22.

“I think maybe we needed something like that to wake up,” Lovren considered. “It was too much from around – people were talking really negative about why we don’t score, why this, we had many draws and then the Spurs game happened.

“Sometimes it happens. At that moment, Spurs were at the top level and were beating everyone. Now they are in a different situation and maybe we’re in the situation they were in at that time. The most important thing is that we keep going on like this. I am really not afraid of anything and I think the lads are also ready to fight and to fight every game, then let’s see what will happen.”

It’s not only the team’s form that has markedly improved since that afternoon in London.

On a personal level, Lovren has recovered from a tough day at the office - in which he was substituted during the first half - to turn in a string of commanding performances at the heart of Liverpool’s defence.

“I’ve been through this many times in my life, not just football but also outside football, and it’s something you need to cope with and if not then you are definitely not ready to play for a big club like Liverpool. More often, you will not get through this with a positive outcome unless you’re ready to forget it as soon as possible and move forward. You need to have the right people around you, like your teammates who support you, and definitely the manager in these quite difficult moments.

“But in the end, it depends on you. I think I did it quite well and the team did quite well altogether when we were in difficult moments.”

Confirmation of Lovren’s upturn in form came on Wednesday night when his second-half substitution during the 7-0 win over Spartak Moscow at Anfield resulted in a standing ovation for the Croatia international.

“It meant a lot, especially when I know how it feels to go through a difficult time,” said the No.6. “It’s difficult when you know you’re working so hard behind the scenes, but then a bad game happens and people are watching the game and judge you on that.

“Nobody knows what is going around or the many things around my life, too. It’s great, it means a lot especially for a player like me, when you see people standing up and clapping their hands. It is a pleasure to be here to work with my teammates and enjoy every moment of Liverpool.”

He added: “I am more mature now so I can advise other players, younger players, what to do on the pitch and sometimes be like a big brother for them. You feel the responsibility but it’s a positive responsibility.

“I’m feeling in the best shape I’ve ever been here at Liverpool and hopefully in the next four or five years I can stay here and show my best here at the club, enjoying every game.” 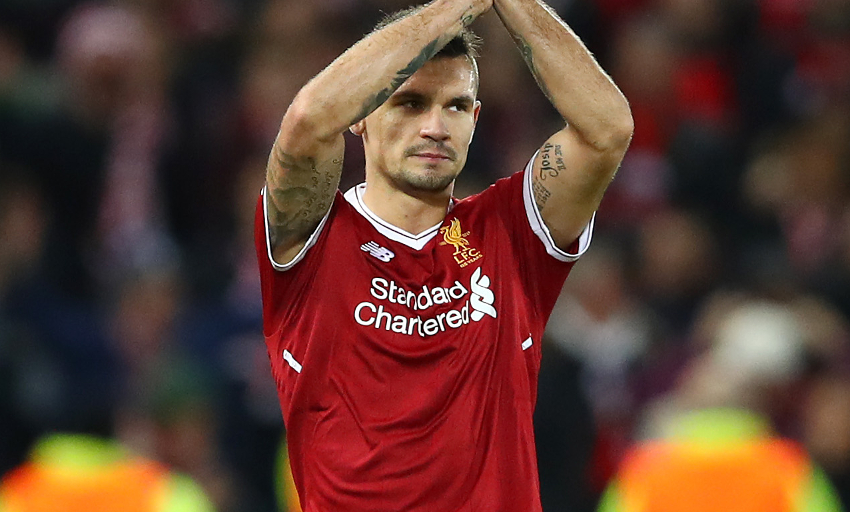 Next up for Lovren and his teammates is Sunday’s Merseyside derby clash with Everton at Anfield.

It’s a fixture that requires no additional billing – and the 28-year-old is relishing the prospect of contesting it for a fifth time in his Reds’ career.

He said: “It’s always special. You want to be a part of these games, especially the derbies. It’s always with high intensive attitude on the pitch, with the crowd and everything. It’s really a pleasure to play in it.

“Definitely it will be tough and they've changed their manager. You can never predict a game and I don’t want to predict what will happen, but I am really positive about Sunday’s game. Hopefully everyone will be fit, ready to fight and then after the game we can smile.”

Given their recent run, Liverpool will go into Sunday’s clash as the bookmakers’ favourites to win – but Lovren had some words of caution.

“We need to be focused game by game,” he stated. “When you think further ahead or think again we need to score four or five goals, let’s take it slowly because the most important thing is to win. It’s beautiful when you score three or four goals, but it is not possible every game.

“Now this is the mood and hopefully we can continue like that, but we need to be with fresh legs. It feels good that you have fresh players around you.”