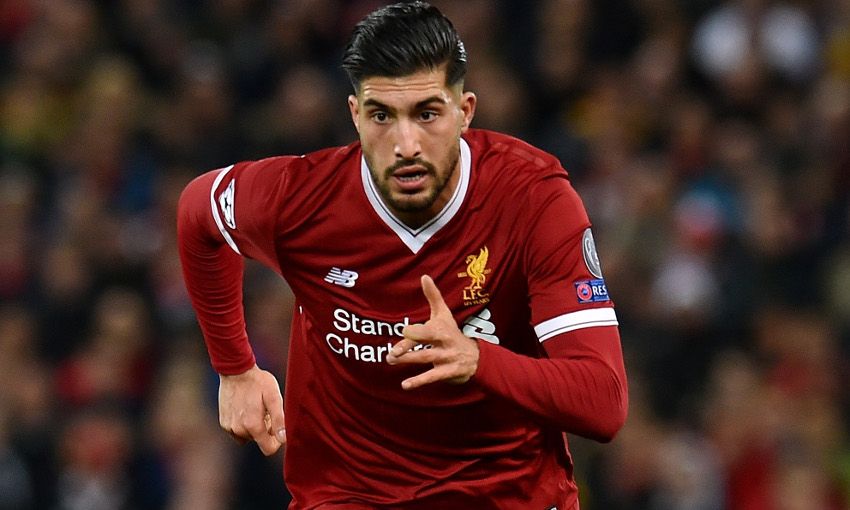 Liverpool aren't afraid of any of their potential opponents in the Champions League knockout stages after securing their place in the draw with a 7-0 win against Spartak Moscow, according to Emre Can.

The Reds clinched top spot in Group E in style at Anfield on Wednesday evening, with Philippe Coutinho notching a hat-trick in an emphatic victory over the Russian champions.

Jürgen Klopp's team could now be paired with Basel, Bayern Munich, Juventus, Shakhtar Donetsk, Porto or Real Madrid in Monday's draw, but Can isn't too fussed about who comes out of the hat.

Asked if Liverpool will be feared by those teams, the German replied: "I don't know, but we are not afraid of any team.

"If you want to go through to the next round you have to win, it doesn't matter who.

"We will see who we play but of course we have confidence."

Liverpool carved out a 3-0 half-time lead for the second time in as many Champions League games during last night's win.

And, unlike in Seville late last month, the Reds went on to add to their tally and secure three points, rather than stutter to the draw.

Can revealed that the players spoke at the interval about not taking their foot off the gas and believes the end result was just reward.

He said: "If you win 7-0 against Moscow it has to be good of course.

"We started quick and got the goals and it was 3-0 at half-time. I think a lot of supporters thought [about the] 3-0 against Sevilla, maybe the same.

"But we said in the changing room we just keep going, we press high and we just try to score more goals.

"We did it, I think we played brilliant in the second half and it was a very good performance."

The 23-year-old went on to pay tribute to the hosts' front four of Coutinho, Roberto Firmino, Mohamed Salah and Sadio Mane, who shared out the seven goals between themselves.

He added: "We played brilliant in front. [Those] players, it's incredible how they play. They can always score and it's nice to play in such a team of course.

"Really, they are very, very strong players and, if they see the bench, the players who come in are the same. I think we have a good squad."