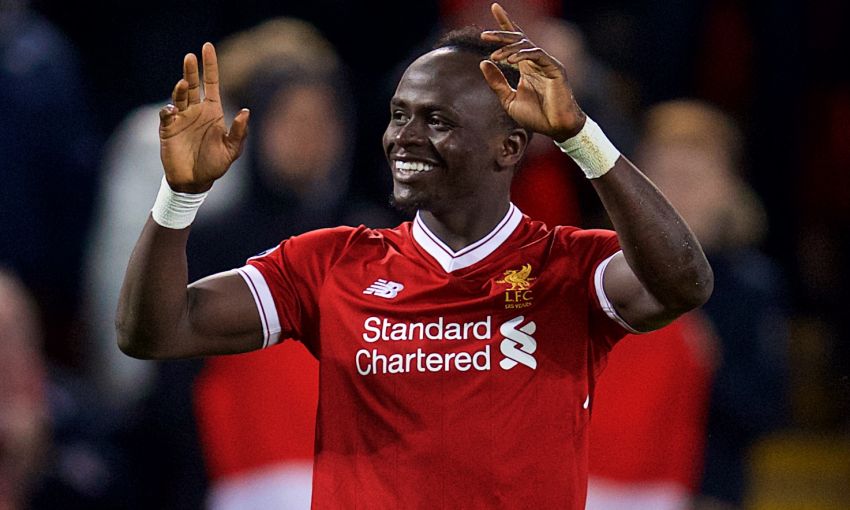 Sadio Mane could barely hide his glee over being part of the ruthless attacking quartet that ripped Spartak Moscow to shreds at Anfield on Wednesday evening.

But the winger was keen to pay tribute to the supporting cast behind the Reds' frontline in that 7-0 win, declaring: 'without them, we are nothing'.

Mane netted twice to join Philippe Coutinho (hat-trick), Roberto Firmino and Mohamed Salah on the scoresheet in a victory that took Jürgen Klopp's team into the Champions League knockout stages as group winners.

The Senegalese is clearly enjoying every minute of playing next to such huge attacking threats, but he acknowledged the importance of the work done by other members of the team.

He told Liverpoolfc.com: "I'm very happy to play alongside all these great players.

"I'm enjoying playing [with] them, they make it easier for me, so I'm happy for that.

"Everybody has spoken about [us], but the whole performance of the team was always great.

"Without them, we are nothing, so it's everybody. The whole performance of the team was great tonight.

"We played fantastic football and we deserved to win because we created many chances and scored without conceding."

Watch: The best of the Spartak rout in 90 seconds

Mane took his personal tally to four goals in as many games for the Reds as he found the net twice in last night's rout of Spartak.

He had gone six matches without finding the back of the net prior to that run and is understandably happy to be back in form in front of goal.

"I'm very happy to score goals because every striker loves to score for his team," he added.

"That's what I tried to do tonight and I'm very happy to be on the scoresheet.

"It's always important to score as many goals as we can because if you want to win you have to score more than the other team!

"That's what we did tonight and we won the game so we are happy."

Next up for Klopp and co is the small matter of a Merseyside derby meeting with Everton on Sunday.

Mane said of the fixture: "It's also a tough game and an important game for us.

"We play at home and the fans deserve a win, so we'll do our best to get it."