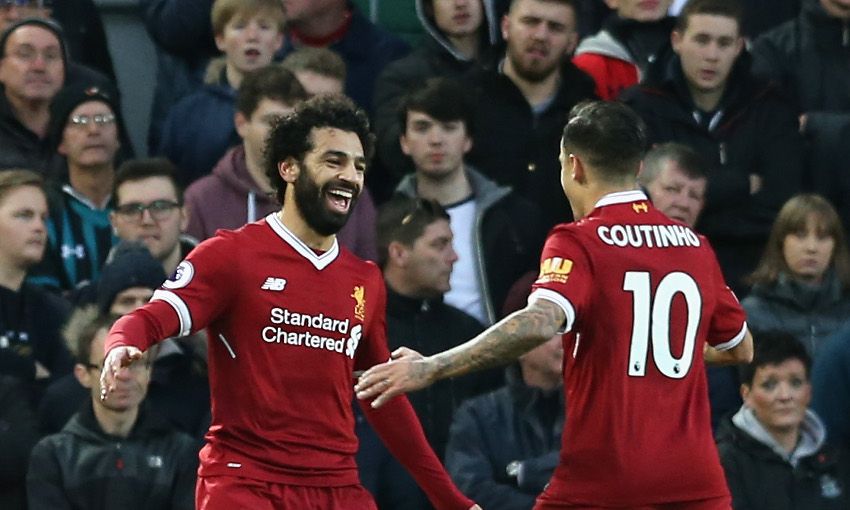 Philippe Coutinho has revealed the secret behind his impressive connection with Liverpool teammate Mohamed Salah.

The pair wasted little time in striking up an understanding following Salah's summer move from Roma, dovetailing to great effect during a promising pre-season campaign.

And they have susbequently played a prominent role in the Reds' attacking successes so far this term, running defences ragged in both the Premier League and Champions League.

But why, exactly, was their rapport so instantaneous?

"He’s a very quick player and he’s always trying to move so that he can get into empty space and that makes it easier for whoever has the ball, I always say that.

"He’s a great player. Everyone – us and the fans – have been really impressed with the way he’s settled in here, the way he’s adapted to the team in a new country.

"Everything is fully deserved, he’s a great bloke, he always trains hard and he’s there when we need him - that is good for Liverpool."

Liverpool's No.10 also paid tribute to compatriot Roberto Firmino, who was recently described by manager Jürgen Klopp as 'the engine of the team'.

The importance of the Brazilian's intelligent movement, goal threat and tireless work off the ball isn't lost on his colleagues, according to Coutinho.

"Roberto is very important, he’s another player of great quality," he added.

"He’s a player who has won a great deal of respect from the other players in the team and in the country.

"On the field, he’s a very technical player and he’s got a lot of quality and that makes him another player who offers us a great deal.

"He always moves well without the ball. When it comes to defending, too, he’s always the first to put pressure on up top and so he’s a very important player for our team."

When probed on whether the thrilling link-up play between the quartet is a natural occurrence or the product of work done at Melwood, Coutinho explained: "I think it’s very obvious that we have to work hard but I think it’s more natural.

"If you take me, Salah and Sadio, we are all very quick players and Firmino opens up space for us to play one-twos.

"It’s in our nature as players but obviously that’s together with hard work. But we shouldn’t just focus on these players, we’ve got a group of great players."