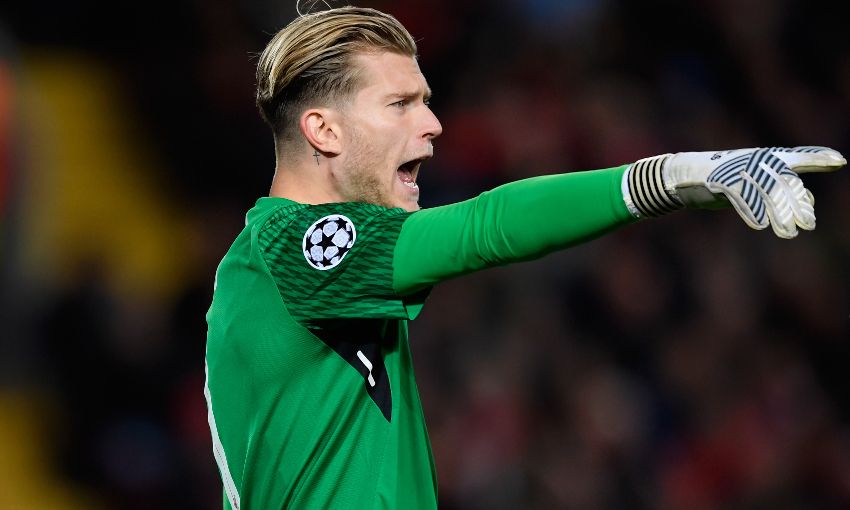 Loris Karius is hoping Liverpool can clinch qualification for the Champions League knockout phase with a game to spare by beating Sevilla on Tuesday night, but insists the squad won’t be considering that prospect as they prepare for the clash in Spain.

The Reds can book a place in the last 16 of the tournament by securing three points at the Ramon Sanchez Pizjuan Stadium in their penultimate group-stage fixture.

However, Karius has explained why the preparations will not focus on the possibility of progression, but instead simply on winning the contest.

“I’m not sure if qualifying is on our mind,” the goalkeeper told Liverpoolfc.com. “You just know you want to win the game and do everything for it and then after the game what comes with it you are happy about, but I don’t think you think about it too much.

“The optimum would be to finish first but for that we definitely have to get something from Sevilla. If we can win that would be really good and the last game is a home game, so we’d have really good chance of finishing first.

“The group is really tight so we definitely need some points, but our aim is to finish the group off in first.”

With a game against Spartak Moscow at Anfield still to come in Group E, a draw against Sevilla would still leave Liverpool’s qualification prospects in their own hands.

So could the Reds go into the fixture with a ‘must-not-lose’ mentality?

“If you look at it from the outside maybe you just don’t want to lose that game but for us players we clearly want to get the three points.

“They will probably be a strong team to face away. The group is really tight so it will be a tough game, but we are at the top at the moment so we want to stay there and hopefully get three points.”

The previous meeting between the teams ended in a 2-2 draw at Anfield back in September.

After falling behind to Wissam Ben Yedder’s early strike, Liverpool fought back to go 2-1 ahead thanks to efforts from Roberto Firmino and Mohamed Salah.

Firmino then missed a penalty before half-time with the Reds dominant; however, the La Liga side clinched a point when Joaquin Correa levelled on 72 minutes.

“We were the stronger side on the night I think,” Karius reflected. “We had bad luck with the penalty to make it 3-1 and then they came back out of nowhere really.

“They scored an early goal where we weren’t in the situation, really, and with the second goal it was the same.

“We have to learn from that stuff and at the highest level one mistake can lead to a goal. We also have to be clear on goal and score our chances, then we win the game.

“They took the few chances they had. They did really well, so we can’t switch off and have to defend well for 90 minutes. They will probably try to play more football at home with the fans behind them, so I’m sure the manager will prepare us well.”

On a personal note, Karius will hope to get the nod to start the fixture having begun each of Liverpool’s previous four Champions League group matches.

It’s a series of experiences he believes will prove beneficial in his continuing development.

“It’s a new experience and obviously it’s a dream to play in this competition,” said the 24-year-old.

“I’m happy I can play there and, like I said, it’s a new experience; you travel different countries and see new stadiums and play teams you haven’t faced before, so all in all it’s a really good thing.

“If you talk to any player about what they want to reach at club level they will say to play in or win the Champions League, so that’s everyone’s dream. When you’re young you watch it and want to play it, so club-wise it is the highest stage you can play, so it’s very, very exciting.

“All the experiences help you. Everything you learn you take, absorb and learn from it so of course it is something it’s something you haven’t experienced before and that helps.”