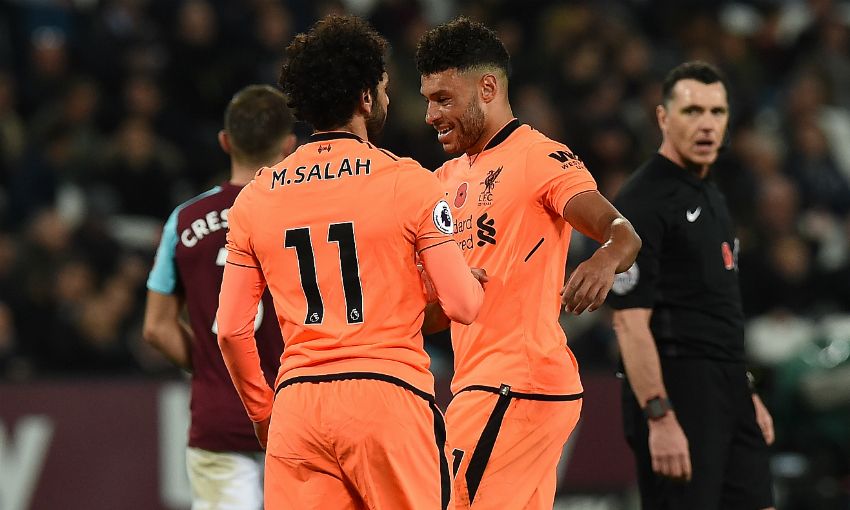 Mohamed Salah, who is the quickest LFC player to reach a goal tally of 12 since the 2001-02 season, will be hoping his fine form continues this Saturday against Southampton.

Find out more about the Reds' head-to-head record against Southampton – and more of the most interesting pre-match facts, courtesy of club statistician Ged Rea – by reading on…

The two teams have met 84 times in total, with Liverpool winning 39, drawing 21 and losing 24.

The Reds have failed to score in only seven of the 53 meetings with the Saints at Anfield in all competitions.

Salah has reached 12 goals in a season for the club quicker than any other Reds player since Michael Owen in 2001-02, who also scored his 11th and 12th goal on November 4. Only Sergio Aguero and Harry Kane (eight each) have netted more in the top-flight during this campaign, with one more than the Reds' forward.

Robbie Fowler is the only Liverpool player to score league hat-tricks against Southampton - doing so twice, both at Anfield, in October 1993 and January 1999.

Alex Oxlade-Chamberlain began his career with Southampton, playing 43 times and scoring 10 goals. When making his debut for the club in March 2010 he became the Saints' second youngest ever player after Theo Walcott, aged 16 years 199 days.

Joel Matip could make his 50th appearance for Liverpool in league and cup competitions.

Liverpool have conceded one top-flight goal at home this season - to Burnley.

The Reds have kept clean sheets in six of the last seven home Premier League games.

Liverpool have scored 18 goals in their last five games and 10 times in the last three.

The last three league goals scored by Southampton at Anfield (since 2003) have been scored by current Liverpool players - Dejan Lovren (2013), Nathaniel Clyne (2014) and Sadio Mane (2015).

Saints manager, Mauricio Pellegrino, played 13 times for Liverpool during a spell with the club in 2005. His second game was a 2-0 defeat at Southampton.