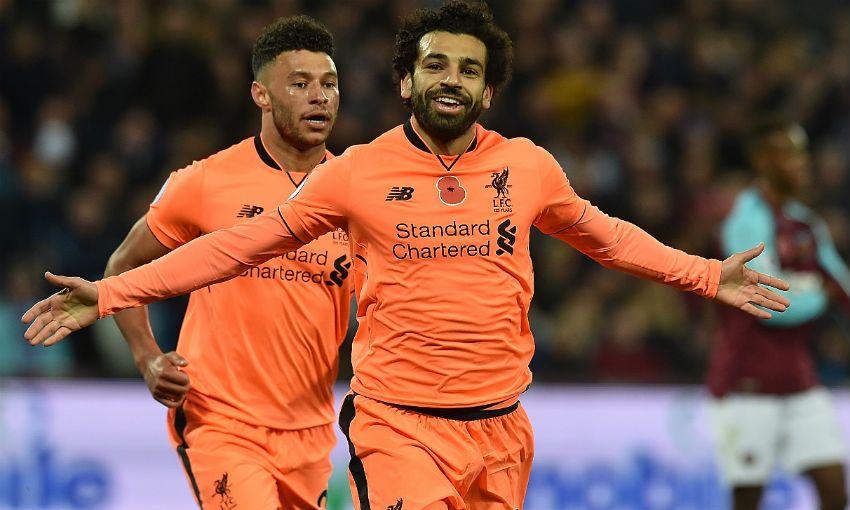 There was never a doubt in Jürgen Klopp’s mind that Mohamed Salah would prove to be anything other than an astute signing for Liverpool.

Egypt international Salah took his goal tally for the Reds to 12 in just 17 appearances with a clinical brace in Saturday’s comprehensive 4-1 victory over West Ham United.

The summer arrival from Roma has adapted to life at Anfield seamlessly, with his speed, directness, technique and scoring prowess adding another dimension to Klopp’s already-potent forward line.

Having operated off the right for much of the season so far, Salah was deployed in a more central role against the Hammers - and to quite devastating effect, too.

In Focus: Mo stars against the Hammers

Speaking after the win at the London Stadium, Klopp revealed how he was certain the 25-year-old was the best option when assessing potential attacking additions during the transfer window.

Plus, the boss expects his No.11 to continue delivering throughout his debut campaign with the club.

“We were sure he can help us. Michael Edwards, Dave Fallows and Barry [Hunter], they were really in my ear and were on it: ‘Come on, come on, Mo Salah, he’s the solution!’,” Klopp told Liverpoolfc.com.

“When you have 20 players on the table, different players, it’s difficult to make an early decision, but we all were convinced about it so could make the early decision so we could really get him. He’s a fantastic person, a nice lad and a really good football player.

“I didn’t think if he can score 12 goals or whatever in 17 games [but] I hope he’s not finished now!

“That would be nice, if we talk after the season about different numbers - and both numbers should be much higher.”