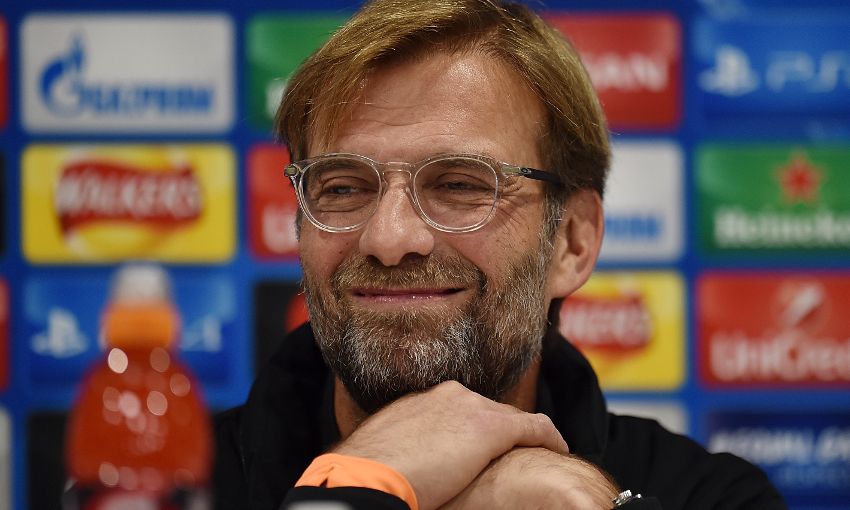 Jürgen Klopp wants Liverpool to remember the performance last time they faced Maribor, not the result, when the sides meet again in the Champions League this evening.

It was 15 days ago that the Reds secured a record-breaking win against the Slovenian title-holders – the 7-0 final score the club’s biggest ever victory away from home in European competition.

Klopp’s men climbed to the top of Group E with the success and would consolidate their position with a repeat outcome of three more points at the expense of Darko Milanic’s team at Anfield tonight.

But, in the build-up to the match, the manager has cautioned against anybody assuming his players have a straightforward task on the basis of how the previous meeting unfolded.

“I know we did outstandingly well that night – we were really strong,” he told Liverpoolfc.com.

“We don’t think for a second about the first result. We want to win this game and that’s all we’re looking for. The last game is only important for us for the analysis. What do we have to do again? What can we do better? That’s pretty much all.”

Liverpool’s opening home fixture of the group stage ended as a 2-2 draw with Sevilla, while Hoffenheim were beaten 4-2 at Anfield in a convincing display during the qualifying play-off second leg.

The boss is confident the partisan crowd can influence the tie in favour of his team on this latest European occasion under the floodlights.

“It’s a home game, it’s Anfield, it’s very important to us and I really hope that everybody is ready for a real fight again, because that was exactly the mood we were in before we played at Maribor and that helped us a lot,” continued Klopp.

“The away crowd was fantastic in Maribor; it’s not the biggest stadium so I don’t know exactly how many of our people were in but it sounded like there were 20,000. Tonight we have 50,000 and hopefully they can be really loud, impress the opponent and help my team.”

In Slovenia, the Reds took the lead with only four minutes on the clock and assumed complete control from then on.

But the emphatic and comprehensive nature of the 7-0 win does not mean lessons cannot be carried from that evening into the return clash, according to Klopp, and likewise Saturday’s 3-0 defeat of Huddersfield Town.

“We have to be spot-on again. We were there from the first second – we really caused them problems and put them under pressure,” he added.

“The first goal was with Mo [Salah] on the right wing putting the left-back under pressure, using his speed and playing good football in really small areas.

“A lot of things we have to do again. But first of all, you have to be really concentrated in defending – don’t give anybody any opportunity.

“We did well in the last game against Huddersfield; everybody could see we improved a lot in the second half. We have to use this game as well and keep on going.”