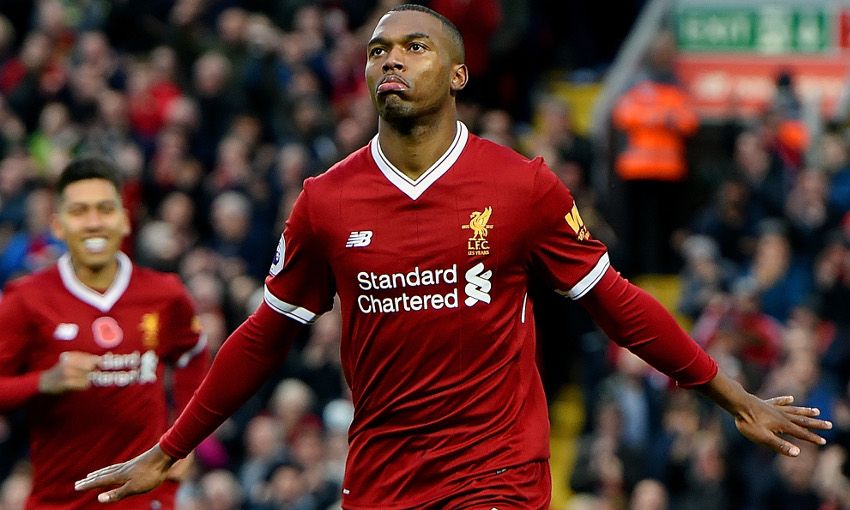 The Reds endured a frustrating opening 45 minutes against dogged opposition at Anfield, with a saved Mohamed Salah penalty the closest the hosts came to breaking the deadlock.

However, just five minutes into the second period, Sturridge capitalised on a misplaced defensive header and produced a clinical finish that effectively opened the floodgates.

Goals from Roberto Firmino and Gini Wijnaldum subsequently put the seal on a much-improved performance after the break, and Sturridge was delighted with the response shown by his teammates.

He told Liverpoolfc.com: "[Huddersfield] were very defensive, I'd say. In the first half especially they made it very difficult for us.

"They had a bank of a four and a five and the big man up front was trying to hold it up as best he could and win flick-ons.

"They made it very difficult for us and in the first half you know it could be one of those days where maybe things aren't going our way, you feel the pressure from the fans, and so on and so forth.

"But we showed what we could do, we showed the character, we went out there and put our best performance in and performed as we usually would do.

"We knew what we had to do - it's not really rocket science - playing at home against a team we were expected to beat.

"We got the job done in the end and we did it with class - we're delighted with the victory."

In netting the opener at Anfield, Sturridge notched his 100th career goal in professional football.

But the No.15 insisted he had no idea his strike had brought up such a significant milestone at the time, and he is already targeting the next century.

He added: "I didn't even think about that, I completely forgot.

"I'm grateful to God for blessing me and allowing me to reach that amount of goals.

"Hopefully there will be a lot more to come - there could've been a lot more but you can never look at the past, you look to the future and say hopefully I'll be able to score another 100 before my career is over."

Sturridge appeared in the Reds' starting line-up for the fourth time this season for the visit of the Terriers to Merseyside.

And, though the striker admits he would like to have featured more regularly, he is focused on making the most of any minutes the manager selects him for.

He continued: "It's [about] getting that rhythm, that flow. For myself, I feel like I'm best when I'm like that playing regularly.

"But the manager picks the team and I'll never cause any issues or problems in the camp because he's the boss, I have a lot of respect for him and for his decisions.

"When I go onto the pitch it's important for me to show what I can do.

"It doesn't matter how many minutes you get, you've got to put your best foot forward and show what you can do for the team.

"I'm grateful for his faith in me today and hopefully I've repaid him with the goal."