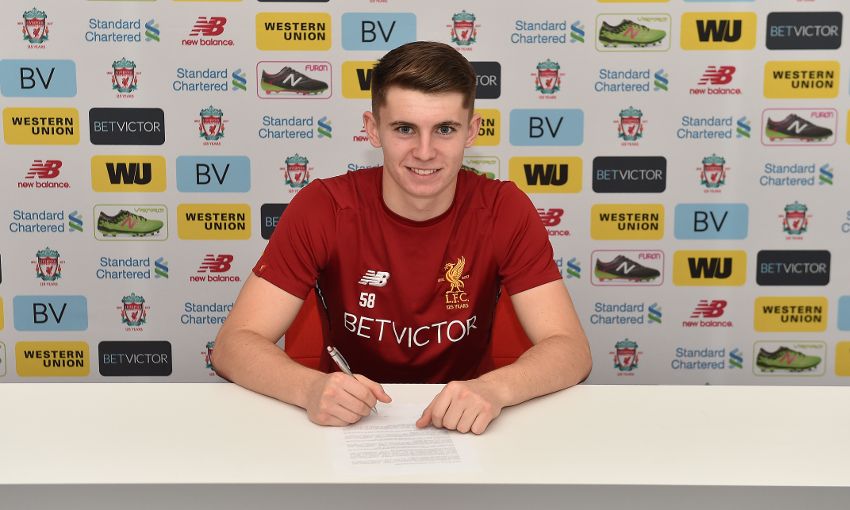 The 18-year-old penned the deal at Melwood on Wednesday afternoon after agreeing fresh terms with the Reds.

It’s the latest milestone in a remarkable last 12 months for Woodburn, during which he made his senior debut for Liverpool, became the club’s youngest ever scorer, was named the Academy Player of the Year for 2016-17 and also notched a goal for Wales on his senior bow in a World Cup qualifier.

“This is the club I want to stay at and be here as long as possible. When I was told, all I wanted to do was sign the contract.

“It feels good. Now I just want to carry on and hopefully show the manager what I can do.”

Part of demonstrating what he’s capable of is improving his skill set by working hard at Melwood and enhancing his already considerable talents.

Woodburn added: “I think there is loads of room for improvement. I’ve just got to keep working and trying in training every day and hopefully I will improve.

“Defending and maybe getting a few more goals [are what I want to improve]. Just trying to come in with the first team and play like a first-team player.

“But I think I’ve grown as a player and matured physically and technically, and grown in confidence.

“For the rest of this season, my aim is just to carry on, try to play as many games for the U19s and first team. Hopefully I will get some more appearances for the first team and progress in the U19s Champions League.”