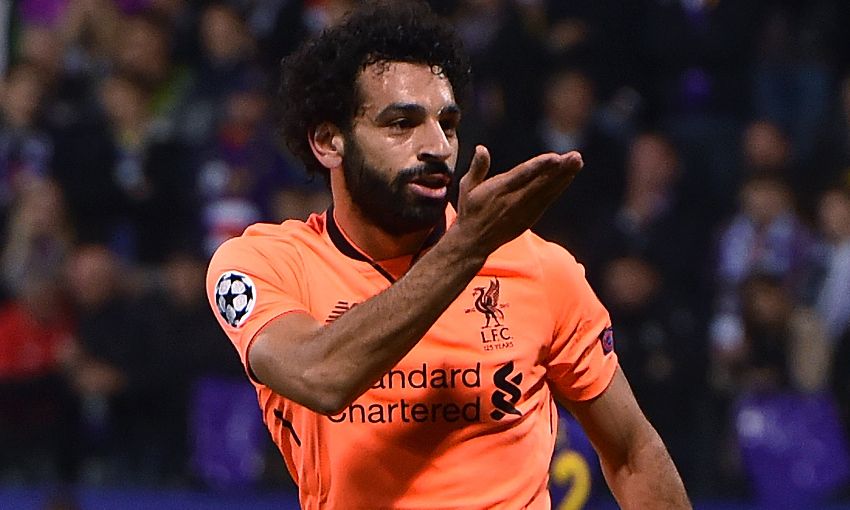 Mohamed Salah’s outstanding performance in Liverpool’s 7-0 win over Maribor in midweek has been rewarded with the Champions League Player of the Week accolade.

The No.11 scored twice and assisted Roberto Firmino’s opening goal in Slovenia as the Reds recorded an emphatic victory to bolster their Group E prospects.

It’s the second time this campaign the Egypt forward has claimed the prize, having also done so for his performance in Liverpool’s 2-2 draw with Sevilla on Matchday One.