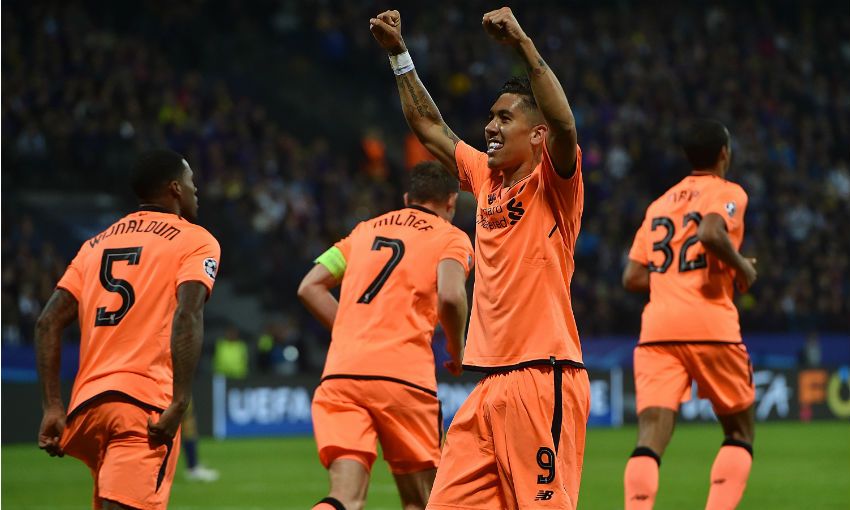 Recap: Maribor 0-7 Liverpool - as it happened

A dominant performance earned Liverpool their first win in Champions League Group E with a record-breaking 7-0 victory over Maribor on Tuesday.

Roberto Firmino, Philippe Coutinho and Mohamed Salah all scored inside the opening 20 minutes at Ljudski vrt, before the Reds’ No.11 added his second of the evening shortly before the break.

Firmino then glanced in a fifth early in the second period before Alex Oxlade-Chamberlain and Trent Alexander-Arnold scored late on as Jürgen Klopp's team claimed an important three points in style.

The result represents Liverpool's biggest ever European away win.

Check out a gallery of photos from tonight’s match below.