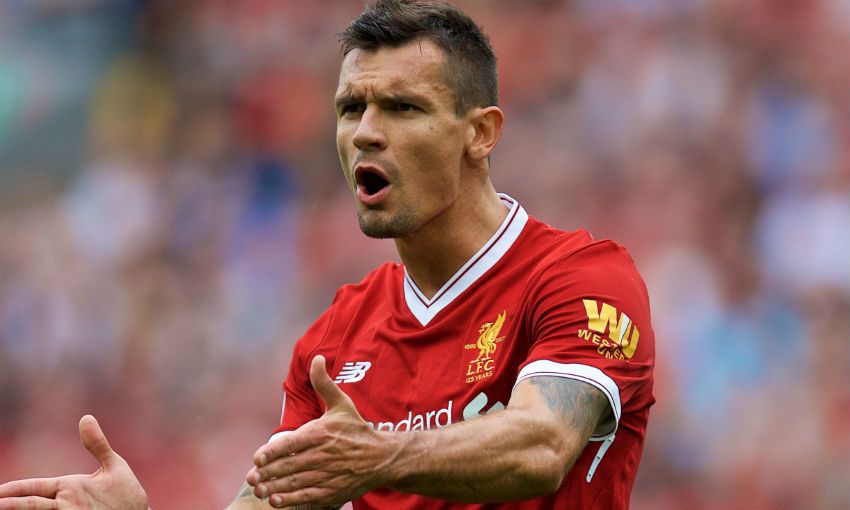 Jürgen Klopp: We have to be positive after that performance

Dejan Lovren felt Liverpool merited all three points from their stalemate with Manchester United, but the centre-back saw a number of positives for the Reds to build on moving forward.

Saturday’s match at Anfield ended goalless despite the best efforts of the hosts, who were in charge for much of a typically competitive, hard-fought clash with their arch-rivals.

The visitors barely threatened in an attacking sense, with Simon Mignolet making an impressive save from Romelu Lukaku from their only shot on target throughout the 90 minutes.

As such, Lovren was disappointed to only come away with a draw, although the No.6 believes Liverpool’s overall performance was only lacking one thing - a finishing touch.

“We deserved more than a point. Again, we showed the quality from the first minute that we were a better team than Manchester United today,” the Croatia international told Liverpoolfc.com.

“Unfortunately when you don’t score and when they have a good goalkeeper like De Gea… it’s just unfortunate we couldn’t get the goal and take the three points.

“But we need to keep our heads up and move on. We have important games now in front of us, but we need to learn about today that we can play against the really deep-defending teams.

“This is football. But if you work hard and don’t think about this game - there’s still some sadness, of course, that you couldn’t take the three points - but… in every game we’re showing better and better and I’m really confident in this team, you know.

“Everyone is confident and hopefully we can keep this momentum to find the net.”

On Matip’s opportunity, which saw him shoot low from Roberto Firmino’s delivery from the left, Lovren said: “I wish he could have scored but like I said the goalie was brilliant today again.

“But also Simon made a brilliant save in the first half. They had just one chance in the game and that’s what’s frustrating me.”

Lovren also praised Liverpool’s teamwork across the whole pitch, which he cited as the primary reason they were able to restrict United to just one clear sight of Mignolet’s goal.

“When everyone defends well like a team then it’s also easier at the back for you to defend. Everyone was concentrated today,” he explained.

Jürgen Klopp’s side are back in action on Tuesday when they visit NK Maribor in the Champions League - and Lovren is optimistic about their chances of getting back to winning ways in Slovenia.

“We need to just stay hungry now and to keep focused on our work and like I said, I’m really confident with the team,” the 28-year-old continued.

“When you play for Liverpool every game is important. I’m confident. I don’t know which way we will play against Maribor, but we need to get the three points this way or the other way.”