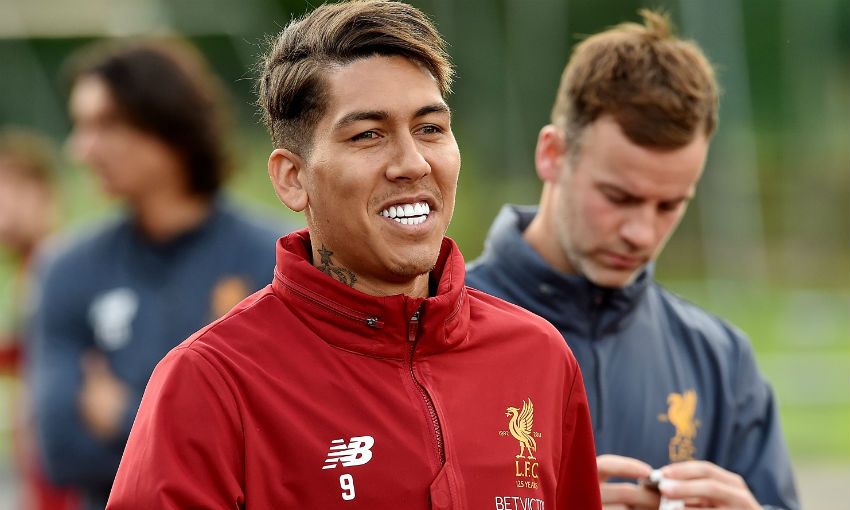 There has been no let up in confidence and positivity among the Liverpool squad despite frustration at some recent results, insists Roberto Firmino.

The Reds won just one of six matches played in September – that coming against Leicester City last time out in the Premier League – with two defeats and three draws.

Nevertheless, as Jürgen Klopp’s side gear up for today’s clash at Newcastle United, Firmino is adamant the players’ current frame of mind is one of self-assurance.

“Of course, drawing or losing is nothing good – we’d always like to be winning, but if we have a bad result we try to pick it up as best we can and get it right in the next one. We keep thinking positively.

“It’s as important as any other game. We’ve got to try and win, and try to keep winning these games.

“It’s always excellent to win – I love winning and hate losing – and it’s brilliant when you maintain a sequence of wins. It’s important for the whole team to give us confidence for the next game.”

Under the stewardship of former Liverpool manager Rafael Benitez, Newcastle have marked their return to the Premier League with a solid start to the campaign.

The Magpies have accumulated nine points from their opening six matches in the division and sit just two behind the Reds going into the St James’ Park encounter.

“It’s definitely going to be a very hard game, that’s without doubt,” said Firmino. “But we have to go there as we always go into games and fight until chances to score come along, and fight towards a victory.

“Ever since I arrived here, I’ve known for three years that they play very hard. They’ve got good players, high quality, and it’s going to be a very difficult game for us.”

Should Liverpool prevail in the north east, it’ll mean they will have tallied 14 points from their first seven league outings of 2017-18.

“I think it’d be a good step forward,” Firmino added on the prospect of a Reds victory.

“Winning is always good. Of course, we have to deserve and earn the right to win. Step-by-step, we’re improving and winning is obviously always good!”

Watch: More from Firmino on new episode of #LFCWORLD