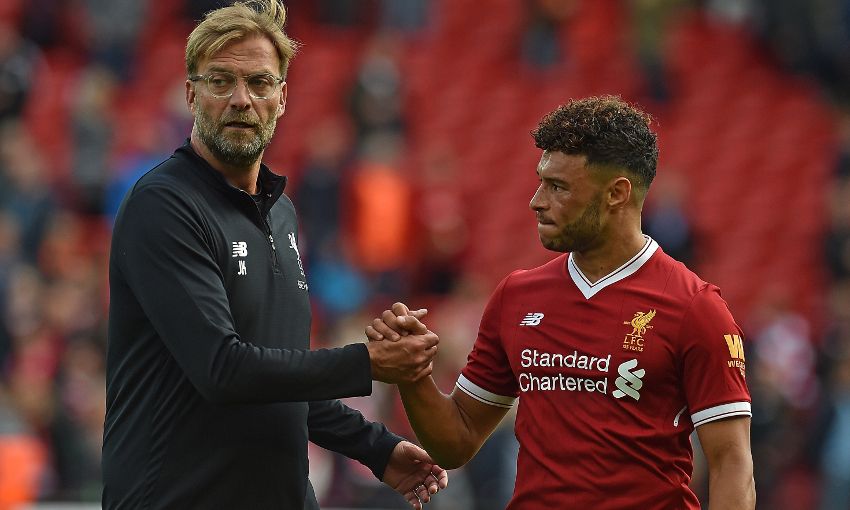 Jürgen Klopp has explained why Alex Oxlade-Chamberlain should be afforded time to make his impact with Liverpool.

The England international was handed a first start for the Reds on Tuesday night but things did not go to plan, personally or collectively, as a 2-0 defeat was suffered against Leicester City in the Carabao Cup.

Klopp’s men return to King Power Stadium on Saturday for another meeting in the Premier League, and the manager was asked about Oxlade-Chamberlain’s full debut during his pre-match press conference.

“Ox had a few really good situations and a few unlucky situations,” he told reporters at Melwood.

“I thought he did really well in the moments when you could see that he tries to adapt to the style of play and all that stuff.

“But it was his first game from the start, nothing else. After a game like this, that you lost and he didn’t make the best game in his life, people probably ask ‘Where is the impact he can make?’ But I’m not in doubt about this.”