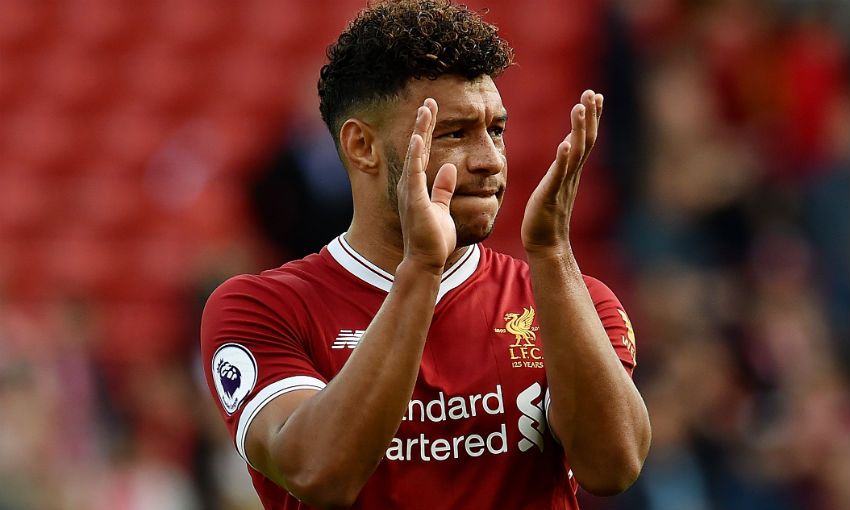 Alex Oxlade-Chamberlain and Danny Ward are set to start for Liverpool in Tuesday's Carabao Cup tie with Leicester City, Jürgen Klopp has confirmed.

Deadline-day signing Oxlade-Chamberlain has made three substitute appearances for the Reds to date but is in line to be named in Klopp's XI for tomorrow's third-round clash at the King Power Stadium.

"It's a fantastic opportunity for Alex. Since he's been here it's been difficult to train on different things because it's game after game after game," the boss told his pre-match press conference on Monday.

"We sit together with him and the analysts to show him how we want him to play in this position or that position. It's worked too but there's no rush. It's really good that he's here.

"Already on the weekend he came on in a difficult situation. There was pressure and we tried to do something without giving up too many opportunities. We took a lot of risk in this game and he was involved in it and did really well."

Klopp also announced that goalkeeper Ward - who has not played in a competitive fixture for Liverpool since May 2016 having spent last season on loan with Huddersfield Town - and Marko Grujic are set to feature against the Foxes.

"Danny Ward will play tomorrow if nothing happens overnight," the manager said.

"We have a lot of players who are actually in good shape but haven't had match starts so far. For instance Marko Grujic made a big step in his development but no-one can see it yet, so it's really good to give him the opportunity."

Dejan Lovren is expected to be fit after missing Saturday's game against Burnley with a back problem, while Jon Flanagan will be included in the Reds' squad for the trip to the Midlands.

"We have to see how I make the squad but of course it would make sense that Flanno is at least in the squad for tomorrow," Klopp added.

"Playing from the beginning? He didn't have a lot of match time so far, so we will see what we do - it depends on a few other things. We have a few little things.

"But he [Flanagan] is in the mix for tomorrow, for sure."