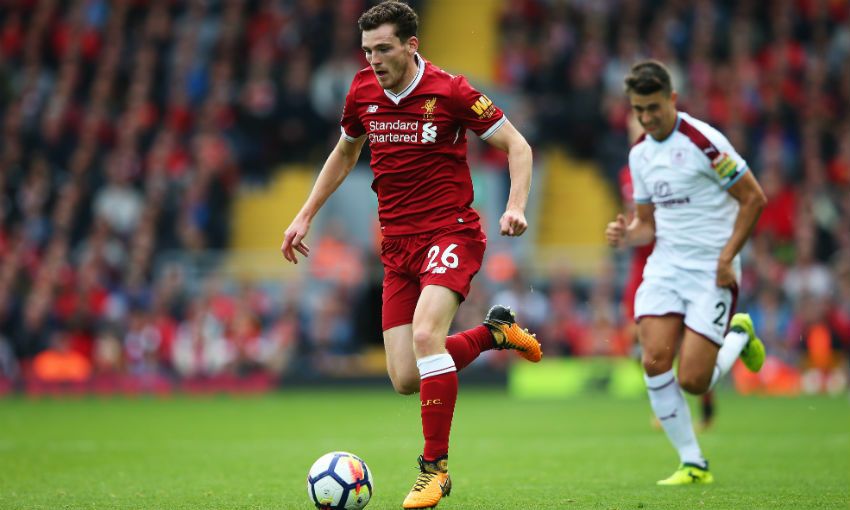 Jürgen Klopp on draw with Burnley, Coutinho and defending

Andy Robertson is keen to make up for the frustration of Saturday’s 1-1 draw with Burnley by helping Liverpool return to winning ways against Leicester City next week.

Despite dominating the game from start to finish, the Reds were forced to settle for a point as Sean Dyche’s team held out for an hour after Mohamed Salah had cancelled out Scott Arfield’s opening goal at Anfield.

Jürgen Klopp’s side now face the prospect of two trips to Leicester in the space of five days, with Tuesday’s Carabao Cup third-round tie preceding a Premier League meeting at the King Power Stadium next weekend.

And Robertson is grateful that Liverpool have the opportunity to get the disappointment of their clash with the Clarets out of their system quickly.

“Of course, that’s the beauty of football and especially playing for a top club like this then you’re playing Saturday, Tuesday, Saturday, Tuesday, and if you have a bad afternoon or a bad night then you’ve got time to put it right,” the Scotland international told Liverpoolfc.com.

“We’ve got a game on Tuesday in the cup and then another league game against Leicester, so it’s important we get back to winning ways and this whole week we’ll be focusing on that.”

Reflecting on the performance and result against Burnley, a game that involved the Reds having 35 attempts on goal, Robertson said: “From the get-go we knew it was going to be a frustrating afternoon.

“You know what Burnley give, they don’t change the way they play and at the end of the day, like the manager said before the game, it’s effective and they’re really good at it.

“So we knew it was going to be frustrating and then it kept on going that way, the goalkeeper’s made some magnificent saves today and we’ve just not got the rub of the green. Sometimes that’s what you need, but I don’t think we were good enough today.”

Watch: Robertson looks ahead to Leicester

Substitute Dominic Solanke came closest to snatching a winner for the Reds when he hit the crossbar from close range in the 86th minute, while Salah saw two claims for a penalty waved away by the referee.

Robertson continued: “I think Mo said at half-time that he didn’t feel the first one was a penalty, I think the guy did well to get a block in, but he came in at the end of the game and he’s adamant that the second one’s a penalty.

“I was too far away, it looked like a penalty from where I was, but the referee obviously didn’t see it.

“We need to move on from that, but we did make a few good chances. Dom’s one I thought was in all the way, and like I said the ‘keeper’s made an unbelievable save, but we need to do more, put them under more pressure and their goal could probably have been avoided as well.”