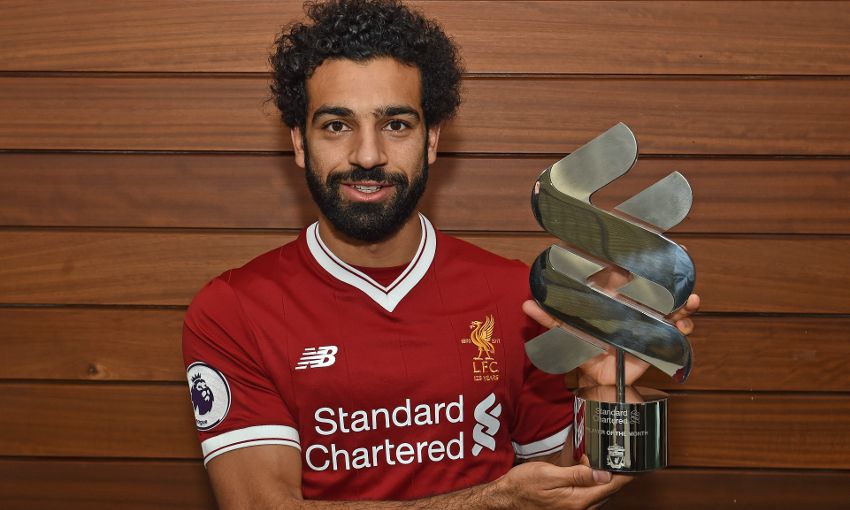 Mohamed Salah reacted to winning the Standard Chartered Player of the Month award for August by hailing his teammates as 'like my family'.

The Egyptian has settled into life at Anfield with remarkable speed, scoring three goals in his first six outings for the club and playing a key part in a strong start to the campaign.

Salah's efforts since making a summer switch from Roma saw him voted the Reds' best player in the opening month of the season, much to his delight.

Upon accepting the accolade, the 25-year-old credited his colleagues for helping him adapt to new surroundings so quickly.

He told Liverpoolfc.com: "I'm very happy to have this start with the team and to help the team win points and win games.

"I'm very happy to be here, it's like my family. I'm happy to be [at] the club with these players."

Next up for Salah and co is the first Champions League group game of the campaign - against Sevilla at Anfield on Wednesday.

The winger is excited by the prospect of featuring in European competition for the Reds and is hoping for a response to Saturday's disappointing defeat at Manchester City.

"We have to look forward to the next game, forget that result and play like before," he added.

"I'm very, very excited to start the Champions League games at Anfield. I would like to win that game!"

'I'm surprised there are more records Mo Salah can break!'