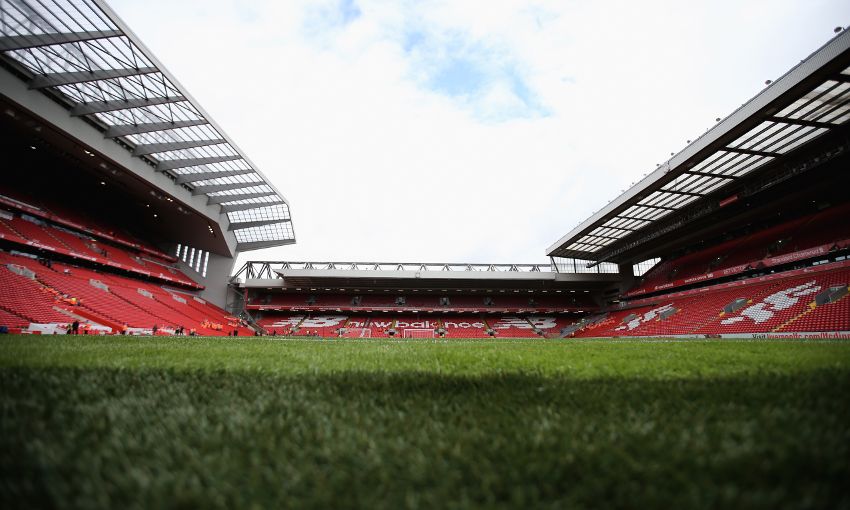 Liverpool played on Anfield's new pitch for the first time as they claimed a maiden Premier League win of the season against Crystal Palace on Saturday.

The turf was laid and tended during the summer as part of improvement works at the stadium in time for the 2017-18 campaign.

Jürgen Klopp’s side fittingly marked its debut with a 1-0 victory over the Eagles, too, courtesy of Sadio Mane’s second-half finish at the Kop end.

In the matchday programme, grounds manager Dave Roberts explained the months of preparation that went into ensuring Anfield has the perfect pitch to start a season that will include European football.

“Last season, after the final home game against Middlesbrough, work on the pitch began immediately,” he noted.

“The renovation was a seven-week build programme which allowed us to have a five-week growing-in period to get the surface ready for the game. It’s a major piece of work which the whole team are really excited about.

“The completed pitch now features new irrigation and drainage systems. For the first time we will be able to water the entire pitch in about three minutes.

“We have eight central sprinkler heads, which means we can do a full water after the warm-ups before the game and at half-time.

“In addition, a new undersoil heating system has been put in place to help growth and also prevent the ground from freezing during the winter months.

“As part of this system, over 19 miles of pipeline has been installed to ensure optimum conditions for maintenance and grass growth. Eight heat and moisture sensors have also been put in place to help monitor the best growing environment for the pitch.

“For a 3pm kick-off like Saturday, Dave McCulloch, the head groundsman at Anfield, will be here from 7am along with two other guys and myself. Then the rest of the team will arrive at 9am.

“We always cut and mark the pitch on the day of the game so it’s as clean and fresh as possible.

“We’re hitting the ground running with a European training night on Tuesday, a European game on Wednesday and then a Premier League match against Arsenal here the following weekend.”

For details on subscribing to the matchday programme and official Liverpool FC magazine, click here.