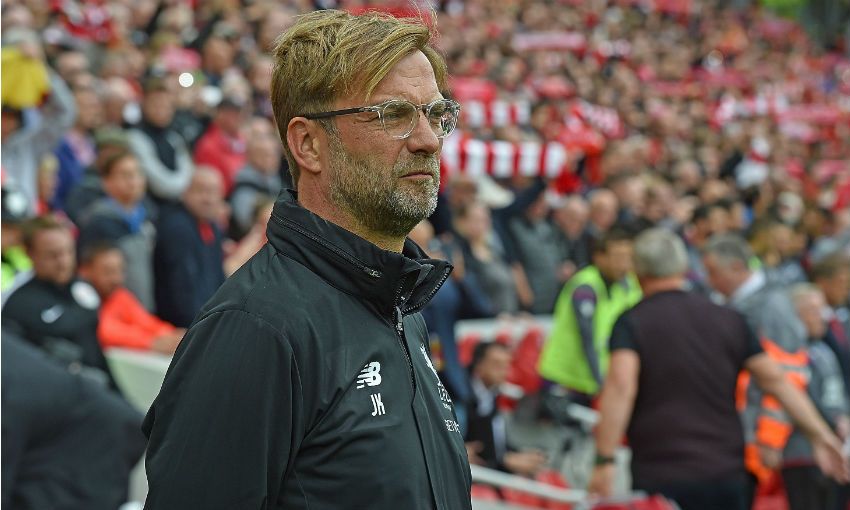 Jürgen Klopp believes Sadio Mane's 73rd-minute winner was no less than Liverpool deserved for their endeavours against Crystal Palace as they recorded a 1-0 success at Anfield on Saturday afternoon.

The Reds secured a first Premier League victory of the new campaign on what was their first home appearance of 2017-18 in a hard-fought contest with the Eagles.

After knocking on the door throughout the second half, Mane finally broke the deadlock as the encounter entered its final stages – and Klopp felt his men were full value for the three points.

Read on for a summary of the manager’s post-match press conference at Anfield.

On Liverpool’s defending and today’s game…

We can talk about defending – it was outstandingly good today. Crystal Palace, last week against Huddersfield, started really football-playing and then Huddersfield were 2-0 up and they became a little bit more direct, using Christian Benteke. We really defended this outstandingly good; Raggy Klavan and Matip did really well, and the protection from Joe and Robbo was really good. That’s important. You cannot defend it differently, to be honest.

That was one problem we had in Watford, that we were too deep too early – if you know the other team plays long balls, you have to stay as high as possible as long as possible to create the space on the one side for your goalkeeper, who can come out then after a deflected ball or whatever, and to use the offside line. We had the ball pretty much all the time but we didn’t have a lot of offside situations, but Crystal Palace were a few times – so that was good defending.

LFCTV GO: Highlights of the win over Palace

Football playing in the first half could have been better, 100 per cent. I’m really happy that we scored and we created chances in the second half. First half… offensive football, like always, is about making the right decision in the right moment. It’s about timing and we didn’t see the spaces in the first half often enough, but we could show the players at half-time where the spaces are – one little pass, one switch and the world is much nicer. We didn’t do this often enough, we stuck in this area, looking there and forgetting the rest of the pitch. That was the problem. But even in this first half we had good moments, especially crosses from Robbo from the left side but with nobody in the box because pretty much all the offensive [players] – Daniel, Roberto – were involved in preparing the crosses.

We didn’t play too often with these three [midfield] players together. Millie did outstandingly good again but needs to adapt again of course, it’s a different role to last year. We had nobody in the box from this position. If there’s no-one in the box you cannot score. In the second half we did a lot better, created more chances and scored, I thought, a wonderful goal. It was not the best one-two but Dom stayed awake and put the foot in. It was counter-pressing, I love it. Sadio was alone and could score – well deserved, not perfect but well deserved.

On the performances of full-backs Joe Gomez and Andy Robertson…

It was really good, but it wasn’t in doubt [that changes would be made], to be honest. We spoke about the situation with Nathaniel Clyne, he couldn’t train so far with the team, in the whole pre-season he maybe had two sessions with the team, so he’s not available and it’ll probably stay like this. That Trent and Joe showed up like this, that’s really important, and we still have Flanno [too], which for us is very important. On the other side it’s the same: Alberto had a perfect pre-season and played really well so far, and Robbo was probably not in the best moment – last week not in the squad, the week before not in the squad – but we need to have the opportunity to do something like this today and when the players then play like this then it’s the best reaction they can show. 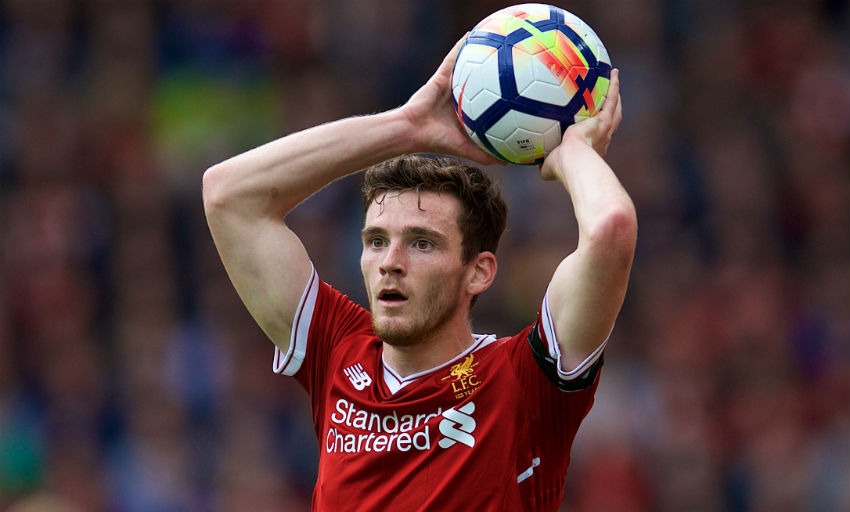 I think everybody could see how good Robbo, especially in the offensive situations, can be with a few more sessions. His crosses are a real threat. When you think a little bit about how you would feel if you were playing your first game at Anfield – you cannot be full of joy, there’s a lot of pressure on yourself and he did really well. Joe, no surprise. Of course he was a long time injured and it was a difficult time for him, but no doubt about the quality.

Yes, of course. Why shouldn’t he be? That’s not my decision; if Gareth wants to pick him, he can pick him. Daniel had an outstandingly good pre-season, it was really good with a lot of sessions. Then he was unlucky in the Bayern game after scoring a goal. He trained already again for three or four days, so he is on a good way. It’s a long time that Daniel had games, he needs each game he can get, but I am very positive about him. He is ready to be picked. Nobody asks me actually if I am happy if somebody picks my players; my preferred situation would be they all stay and we can work in the two weeks, but I always wait until they come back.