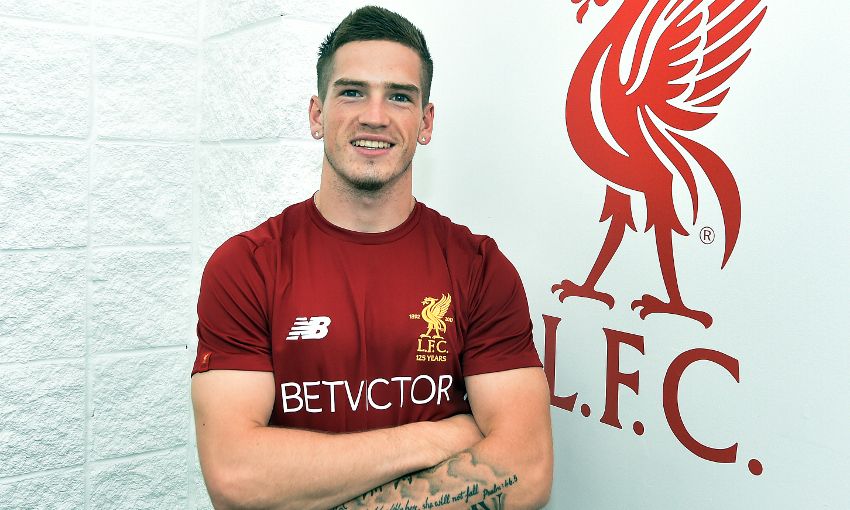 Ryan Kent is determined to build upon his impressive pre-season performances and fight to become a regular in Liverpool's first-team squad over the course of his new long-term contract.

The 20-year-old put pen to paper on the deal at Melwood on Thursday afternoon, securing his future with the Reds - the club he’s been with since the age of seven.

It follows a series of lively displays in seven of Jürgen Klopp’s side’s eight summer friendlies, including contests against the likes of Bayern Munich and Atletico Madrid.

Moments after signing his contract, Kent sat down with Liverpoolfc.com to discuss his development, his relationship with the manager and his hopes for the future.

LFCTV GO members can watch what the winger had in say in our video below. Need a subscription? Sign up here. Alternatively, read on for the full transcript.

Ryan, congratulations on your new Liverpool contract – a proud day?

Thank you. It’s a big achievement. It’s pay off for all the hard work that’s been put in over the last few years, so it’s a big achievement for me, my mum, my dad, my family and friends that have been with me throughout this big journey. I’m looking forward to kicking on in the future now.

What have mum and dad said?

I haven’t actually properly spoken to them since I signed the contract, but they’re delighted for me to commit my future to Liverpool Football Club. I have been here since I was seven years old, so it’s a big thing for me [to sign a new deal].

Was it an easy decision, committing your future to the club?

Yes, it was an easy decision. I am with a manager here that is willing to play young players and invest his time into my progression as a player. Liverpool has the right foundations to make me a good player in the future.

You played in seven of the first team’s eight pre-season friendlies. Were you happy with how you performed?

Coming into pre-season, I didn’t really know what to expect to be honest. I just kept my head down, working really hard in the opening few weeks of training and then wanted to see what would happen in the games. My output in the games was good and that’s why I got given more chances later on in pre-season against some of the bigger teams. I got chances to play against Champions League and Premier League opposition, so it was a good experience. 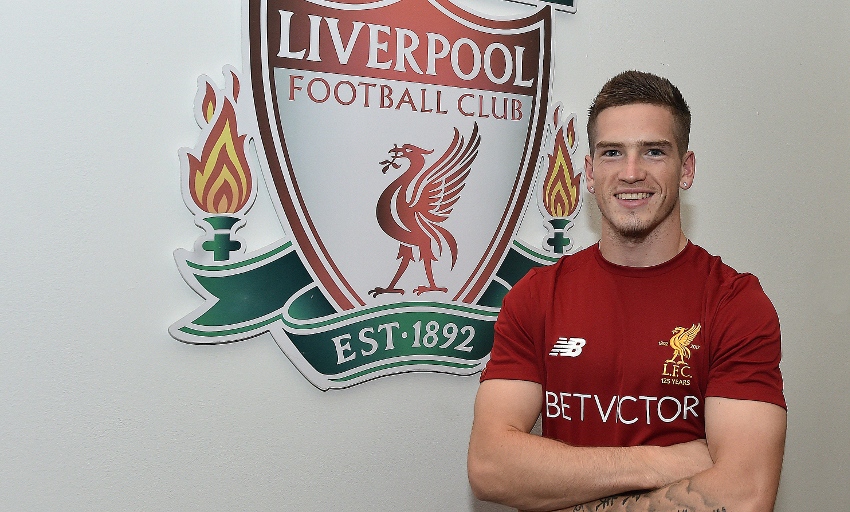 As you say, you came up against some big teams in some huge arenas – how did you find the experiences and did you learn anything from them?

They most definitely helped. Playing against the likes of Bayern Munich and Atletico Madrid at the Allianz Arena was a very big moment for me. I got to experience what it is like on a big stage and now I am looking forward to hopefully getting more of those opportunities in the future.

So there were things in those games that you’ve learned from and will aid you going forward?

Yes, there are certain things that happen in games at that scale that can only make you a better player. Playing among some of the best players in the world, I don’t see how that can’t progress you as a footballer.

Has this pre-season helped you feeling more comfortable around the other members of the first-team squad?

Settling into a team is a big thing to get the most out of a player. Coming into the pre-season, I hadn’t been with this team for almost the last two years with me being out on loan, but I’ve become more comfortable playing with the team because of getting minutes on the pitch. The boys respect you as a football player, they can see what you’re capable of doing. They’re a good group of lads here who you learn a lot from on the training field every day.

You mentioned the manager earlier and his willingness to give young players a chance - have you had the chance to have a chat with him about your progress?

Yes, we’ve spoken about the differences in the last two seasons of being on loan and coming back into this pre-season, how I’ve developed as a footballer by taking the experiences from my loans, and what the expectations are for this season and so on. 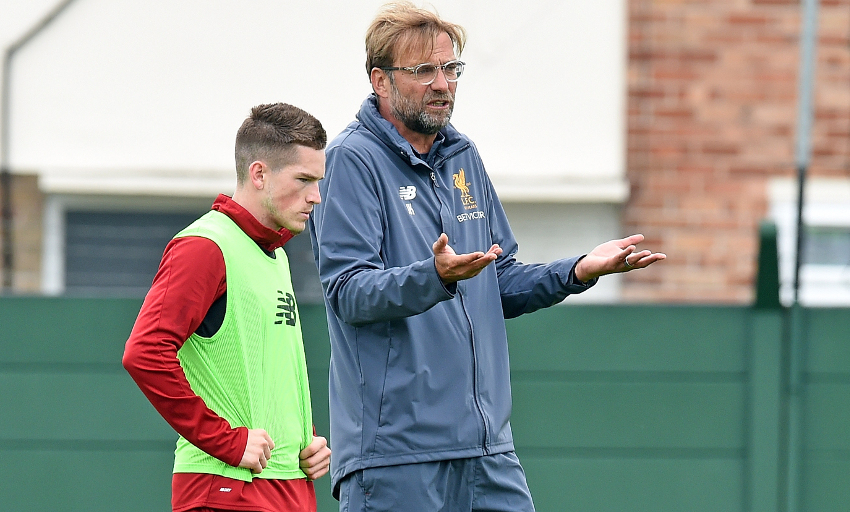 He said last week you ‘completely showed up’ in this pre-season – it must be nice to hear such praise?

It gives you a lot of confidence hearing that from Liverpool’s first-team manager. It has helped me gain experience going out on loan, especially last year at Barnsley where I got 30-odd appearances in the Championship. I’ve brought all that experience into this pre-season with me. I’ve really kicked on now and feel like I can show people what I’m really capable of doing.

On those loan moves, what kind of things did you learn while at Coventry City and Barnsley?

Going from U23s football into a proper man’s environment where every game matters – that was a big moment and seeing what it meant to the rest of the players and the manager. It was the next step up. I think I have really matured now as a player on and off the field and I think that’s shown in my game.

You mentioned you and the boss have spoken about the previous two summers and pre-seasons; what have you done differently this time to acquit yourself better to first-team football?

I’ve probably been a lot more outgoing around the training camp, really expressing myself and not shying away from opportunities to go and show what I can do on the ball. Maybe in the past I’ve been a bit tentative and given other players the ball when I should have been showing them and the manager what I can do. I’ve tried not to take any safe options – I’ve got nothing to lose here at Liverpool Football Club. I’ve committed myself to the club with a new deal, so I’ve got a lot of time to learn and progress as a footballer, so that’s in my favour.

How do you gain that confidence, to ask some of your more experienced teammates for the ball in training and say ‘Let me show what I can do’?

Trusting in your own capabilities is a big thing, for me as a player anyway. I believe in my own ability, especially when I am on my game. It’s about tweaking certain things that will take me to the next step, but I believe I can make it to the top level if I keep working hard on the training field, keep concentrated and keep level-headed. That’s what’ll get me there.

You’re still only 20, there’s much more to come, but what’s been the highlight for you so far?

Making my professional debut for Liverpool against Exeter was an incredible moment for me and my family. It’s what I had been waiting for for a long time. Coming into this season now, we’ll see what happens, but I’d say that was the biggest moment of my career so far. 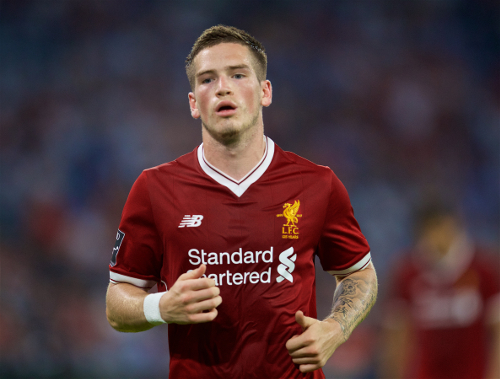 Have you set yourself any targets for this season?

Not specifically. For me, on a personal level, it’s about getting game time, whether that’s here or on loan. Wherever I am, I want to be among the team and don’t want to halt my progression as a player. If that means going on loan to get game time, then that’s what it’ll be. But right now I am just concentrating on my time here at Liverpool and if I can push into the first team then I will try to do that.

And longer-term, what are you aiming to achieve over the course of your new contract?

Committing myself to Liverpool is a very big thing, so I’d like to become a fully-fledged member of the team and become a regular starter. It’s the team I’ve dreamed myself playing for since I was seven years old, so that’s where I’d like to see myself in the future.

So the hard work begins now…

Yeah, it’s just starting and I am ready for the future!