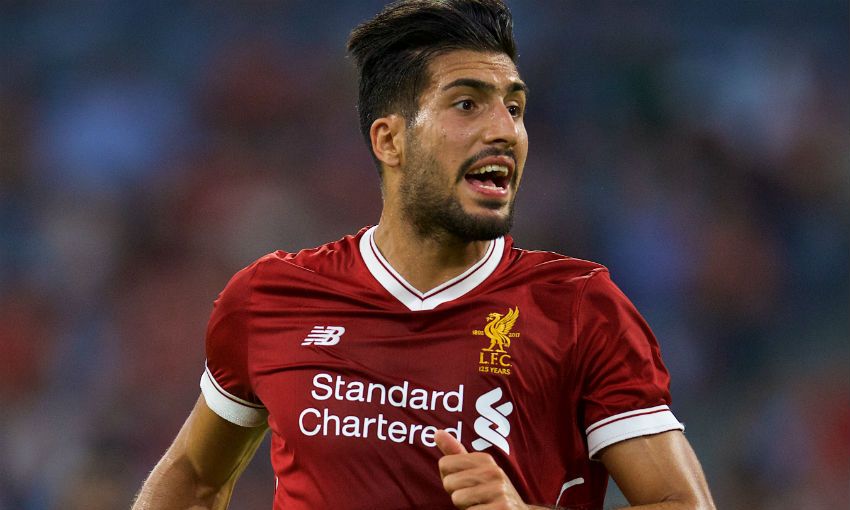 There is a burning desire for the new season to start within Liverpool's squad, according to Emre Can, who is anticipating a difficult opening-day clash with Watford.

Saturday’s visit to Vicarage Road marks the beginning of the 2017-18 campaign for the Reds, following a pre-season programme that saw them play eight friendlies in the UK, Hong Kong and Germany.

Nearly 12 weeks have passed since Jürgen Klopp’s side’s last Premier League fixture - a 3-0 win over Middlesbrough that sealed fourth place in the division last term - meaning Can and his teammates are eager to return to competitive action this weekend.

“I think it [Watford] will be tough, but everybody’s looking forward to it, everybody will be at 100 per cent and on fire for the season.

“Last time it was very tough, we won 1-0 and I remember in the last minute they hit the crossbar and it was nearly a heartbreak for me! I hope of course that we will win the game, that’s the most important thing in the first game.”

Liverpool lost just one of their final 12 top-flight matches of last season, form that secured their spot in the Champions League qualifying play-off round, in which they will face Hoffenheim over two legs.

Can sees that, along with the fact the Reds won six of their eight pre-season friendlies, as cause for optimism going into the new campaign, with the midfielder also reiterating just how vital getting off to a strong start can be for the rest of the term.

“We played at the end a good season. I think the last games it was very good and I think everybody could see how strong we are [and] hopefully we will bring that in the new season and win the first games,” he said.

“It’s important [to win on the opening day], I think, because you get a good feeling for the season. I think Watford will be a very difficult game because it’s never easy to play there but we have to believe in ourselves and play our football, and then we can win the game there.”

No discussion about Watford with Can will ever now be complete without mention of his astonishing, Goal of the Season-winning bicycle kick that earned the Reds their 1-0 victory at Vicarage Road in May.

“When I go back now to Watford the memories will be fantastic for me,” the No.23 acknowledged.

“I will never forget that in my career, in my life, it was the best goal I’ve ever scored and hopefully on this weekend we’ll win the game. That’s the most important thing.”

Plenty has changed at Watford in the three months that have passed since the clubs’ last meeting, with Marco Silva now in charge and the Hornets having signed several new players during the summer.

“Of course it will be difficult,” Can continued.

“It’s difficult to say how they’ll play because they have new players and it will be interesting to see who plays and how they play. It’ll be an interesting match.”