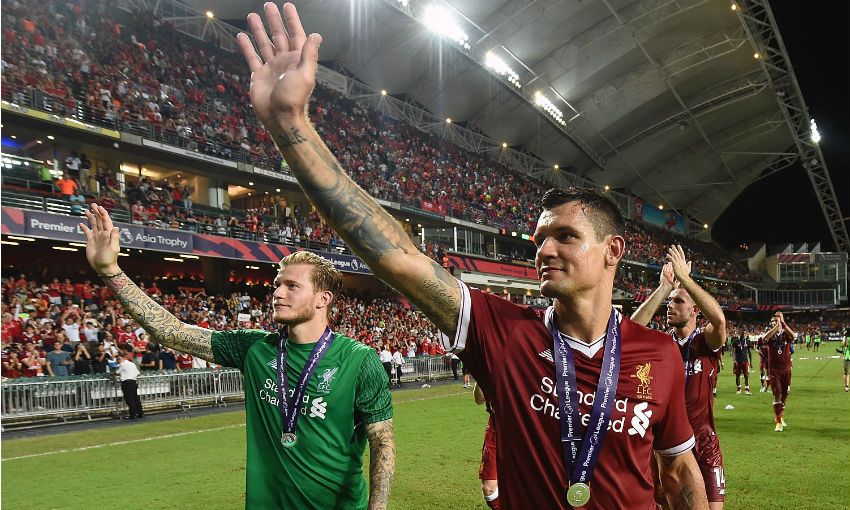 There is an atmosphere of optimism and confidence within Liverpool’s squad that has Dejan Lovren ‘convinced’ that 2017-18 will be a successful season for the Reds.

Last term represented a campaign of real progress at Anfield, as Jürgen Klopp’s side amassed 76 points to claim a fourth-place finish in the Premier League.

Consequently, should they negotiate a two-legged play-off tie next month, Liverpool will return to the group stages of the Champions League for the first time since 2014-15.

With a fruitful tour of Hong Kong - which included victory in the Premier League Asia Trophy thanks to wins over Crystal Palace and Leicester City - behind them, Lovren and his teammates will continue their preparations for the upcoming campaign in Germany later this week.

And the centre-back senses a belief among Klopp’s players that they can build on a largely impressive 2016-17 this season, which begins with a trip to Watford on August 12.

“I wish I could say what would happen next year, it’s difficult but I would say the objectives are that we finish stronger than last year - that’s the main target, I think,” Lovren told Liverpoolfc.com.

“We’ll learn from last year and we are smarter than last year. I think we’ll be better this year.”

When asked if he is anticipating a ‘big season’ for the club, the Croatia international’s response was unequivocal.

“You see in everyone’s eyes, everyone is hungry, everyone wants to do better. Of course there will be some difficult points again, but I think everyone is only thinking positively, that’s the best way to do better in the future.”

The prospect of a return to the Champions League is also something that excites Lovren.

“We’re doing as much as we can now to make sure we can reach the group stage - this is what we want, everyone wants it, and hopefully we will achieve this.”

The 28-year-old went on to cite the togetherness the Reds’ squad showed during trying periods of last season as further proof of their ability to enjoy a positive season.

“I think all the time you’re getting more mature and every day you understand more and more the manager and what he wants exactly, so there are no surprises, I would say,” Lovren continued.

“We exactly know what we need to do, it just depends on our mentality. If we are 1-0 down, we can’t switch off, we need to be focused and believe until the last minute, like he believed in us from day one.

“I would say to help each other in difficult moments. Last year we had a lot of injuries and people didn’t believe in our full squad, but we showed many times great character and we showed that everyone can play in this team. That’s the best part, I would say, of the club and of the team.”