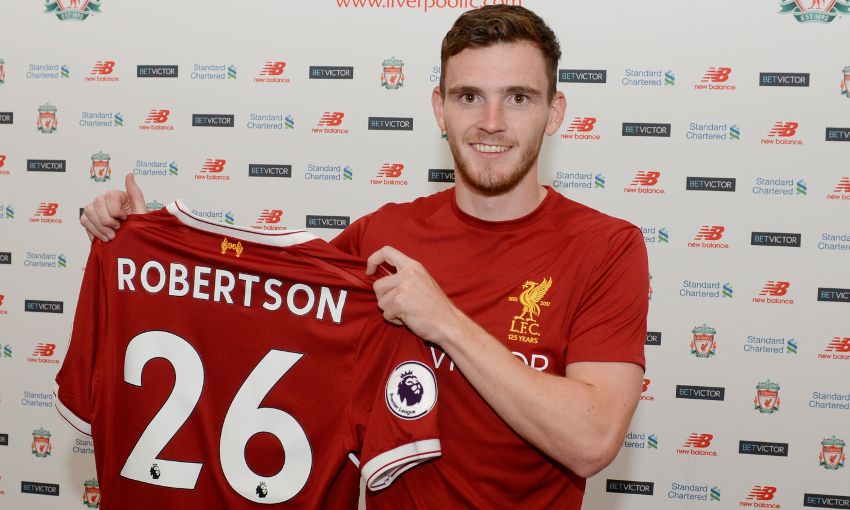 Jürgen Klopp has paid tribute to the 'incredible personal journey' undertaken by Andy Robertson prior to sealing his move to Liverpool today.

And the Reds boss believes the defender's meteoric rise proves he has the necessary characteristics to ensure he continues progressing at Anfield.

Just four years ago, Robertson was earning a living as a supermarket cashier and working at Hampden Park while playing in the fourth tier of Scottish football with amateur outfit Queen's Park.

His performances for the Glasgow club earned him a move to the Premiership with Dundee United, where he continued to excel and gained PFA Scotland Young Player of the Year recognition before sealing a switch to Hull City.

Robertson has since established himself as a capable Premier League performer, leading to 15 senior Scotland caps and his move to LFC.

For Klopp, the never-say-die attitude displayed by the full-back en route to Anfield shows that there is even more to come.

"For Andrew this is another big step on what has been a quite incredible personal journey in a very short space of time," he told Liverpoolfc.com.

“I love his story; where he has come from professionally to reach this point.

"When you speak to him it is clear why he makes his progress. He has a burning love for playing football - he really loves the game.

"He has experience of this competition, the Premier League, and he has the mentality and quality to get even better.

"I know our environment will benefit him and help him push himself even more than he has already. This is a player who does not limit his ambition, I think."

Klopp regularly used the versatile James Milner in Robertson's preferred position of left-back last season as the Reds sealed a return to the Champions League.

And the manager says he is now spoiled for choice in that area as he gears his squad up for a more packed fixture list this time around.

"This addition gives us fantastic competition in the left full-back position now," he added.

"Obviously, James Milner did very well for us last season there and can play most positions on the football pitch. Alberto Moreno looks really good in pre-season and we have Jon Flanagan back, who can play left or right full-back.

"This signing strengthens us at full-back and I'm really pleased about this."