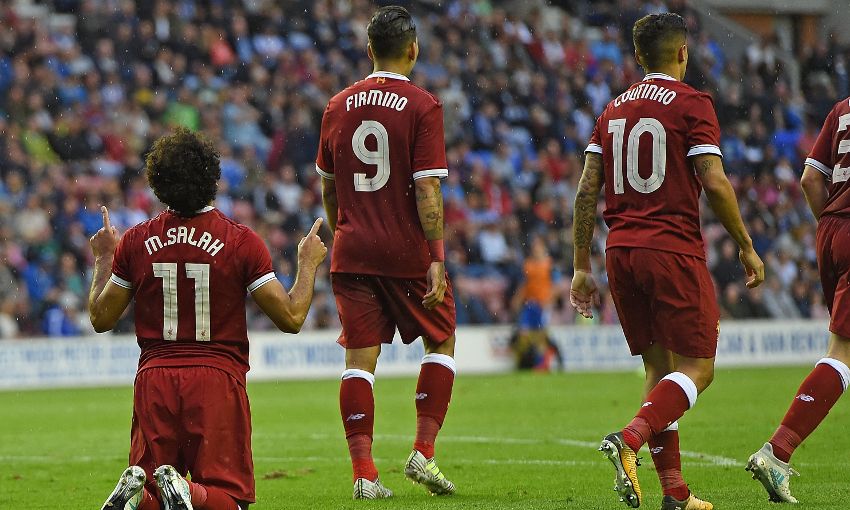 Mohamed Salah helped himself to a goal on his Liverpool debut in a 1-1 draw at Wigan Athletic on Friday night - here's how the game unfolded in photographs.

The summer arrival from AS Roma pounced just before half-time to level for the Reds after the Latics had go ahead via Alex Gilbey's neat finish in the pre-season friendly.

It was another good work out for Jürgen Klopp's side at the DW Stadium ahead of Sunday's journey to Hong Kong for the Premier League Asia Trophy.