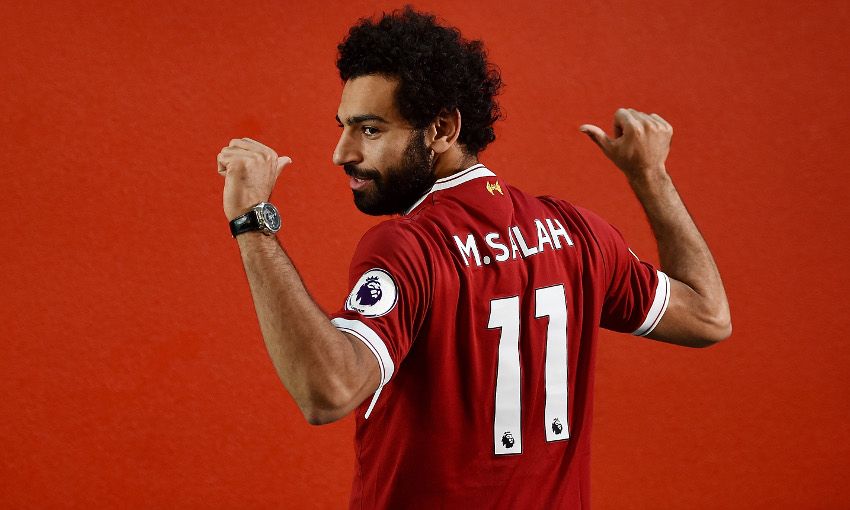 Find out more about Liverpool's newest signing, Mohamed Salah, with our fact file on the man who will officially join the club on July 1, 2017.

The Reds completed the deal to recruit the Egypt international – who is set to wear the No.11 shirt – from AS Roma on Thursday evening.

Read on for a statistical look at the football journey that has taken Salah from Egypt to Switzerland, England to Italy, and now Anfield...

When Salah makes his debut for the club, he will become the first player from Egypt to represent Liverpool.

The pacey winger has played in England before, during a brief spell at Chelsea that began in January 2014.

However, he made just 19 appearances for the London club before departing on loan to Fiorentina in February 2015.

A season-long loan stint with Roma followed, and the Italian club made that move permanent ahead of the 2016-17 campaign.

Having represented his country at U20 and U23 level, Salah made his full international debut at the age of just 19.

He has since picked up 52 full caps, scoring a remarkable 29 goals for his country in that time.

Salah netted two goals as he led Egypt to the final of the Africa Cup of Nations earlier this year.

Long-distance strikes against Ghana and Burkina Faso helped his country into the showpiece fixture, where they suffered a narrow defeat to Cameroon.

He bagged 19 goals in all competitions - 15 in Serie A alone - to finish the campaign as the club's second most significant contributor behind 39-goal striker Edin Dzeko.

Salah also evidenced his capability as a provider last season.

The Egyptian laid on 11 goals for his colleagues in the Italian top flight - a figure that put him second only to Napoli attacker Jose Callejon (13).

The Nasr City-based outfit, who play in the country's top flight, also launched the career of Arsenal midfielder Elneny.

As well having won titles in Switzerland and England and the League Cup, Salah has collected numerous individual awards throughout his career.

The attacker was named UAFA Golden Boy and CAF's Most Promising Talent in 2012 - his first year with Basel.

He was subsequently recognised as the Swiss Super League's best player in 2013, before emerging as top scorer in the CAF qualification region for the 2014 World Cup with six goals.