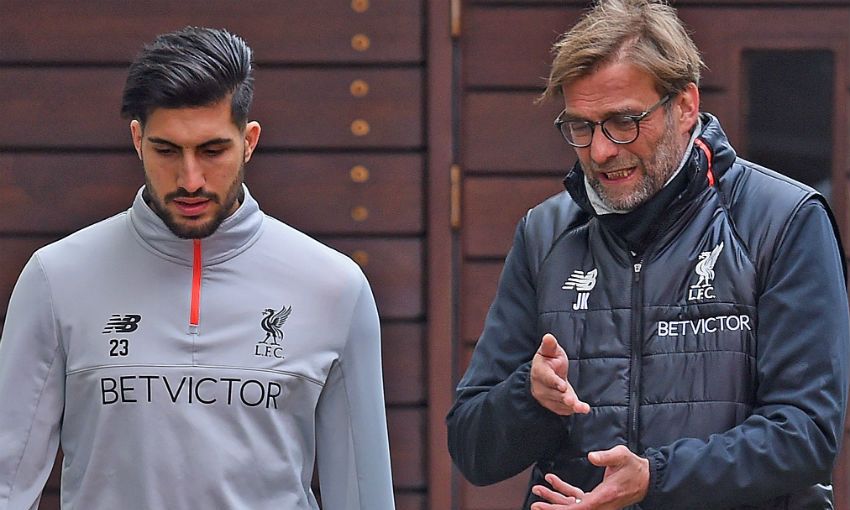 Emre Can’s impressive recent form is a product of the fit-again midfielder’s ‘fantastic attitude’, according to Jürgen Klopp.

The Germany international’s breath-taking bicycle kick secured a hard-earned 1-0 victory at Watford for Liverpool on Monday night - a win that strengthened their chances of qualifying for next season’s Champions League.

Can’s ability to train and play without the pain that had been caused by a troublesome calf injury has, unsurprisingly, coincided with an upturn in his level of performance in the latter stages of the campaign.

And Klopp believes the 23-year-old’s work ethic and willingness to learn will result in further positive development in his game.

“He watched it the other night 250 times - his bicycle kicking is much better than before, that’s the biggest improvement!” the boss said.

“We have a player who scored a fantastic goal then we speak about him the week after. The bicycle kick - what a goal, so important, deserved.

“[He’s a] hard-working boy, it was never any different. He’s always had a fantastic attitude, that’s really what I like most. But the plan is to make a more simple goal if possible in the next game - if we can do this, it would make sense.

“Against Crystal Palace he had a big chance, it was one of the best offensive actions we had with Milner and Coutinho passing and then he hit the ball a little bit with the heel instead of the rest of the foot so it was not a real chance, but it could have been. That’s football.

“Yes, his performances are more stable - we spoke about why, with his calf issues and hopefully [they are] finally sorted, so he can train without issues [for] weeks and months, maybe. That helps each player and helps him also. That’s the situation.”

Klopp revealed in March that the club are in discussions with Can’s representatives regarding a new contract, and the manager spoke of his optimism that the No.23 will extend his stay at Anfield on Friday.

“Now with Emre after a bicycle kick probably everybody wants him to stay, I’m sure, and after a not-so-good performance we talk about ‘why is he still here?’ and all that stuff.

“There is no secret how much I like Emre - not only him, but him also, and that’s all. He likes the club and it’s a completely normal situation that we are in talks.

“You can imagine there is absolutely no pressure, all good, two partners with big respect for each other and in the end everything will be good, but [for now] nothing else to say.

“Good players, that we can keep good players, I think that makes real sense for development and he is one of these good players. I am quite positive.”