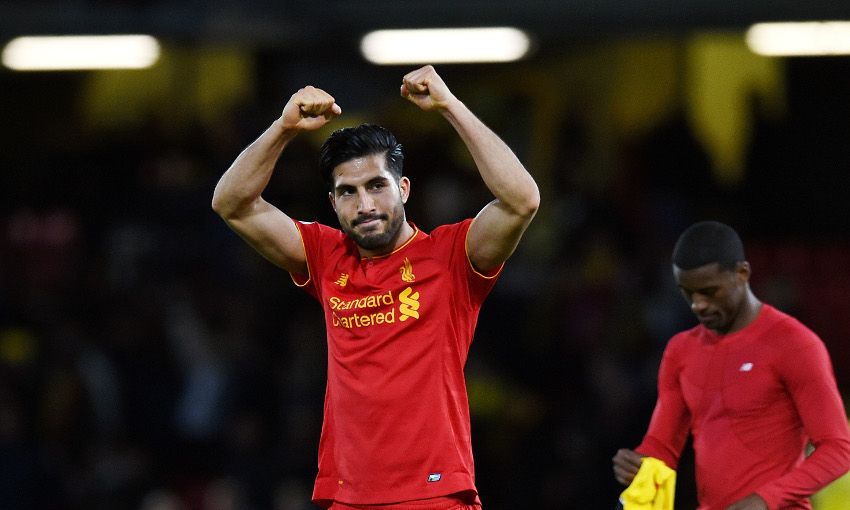 Emre Can reflected on his incredible match-winner against Watford by declaring it 'the best goal I've ever scored'.

Heading into first-half injury time at Vicarage Road on Monday night, the sides were locked at 0-0 having shared out few chances in a hard-fought opening 45 minutes.

But the Liverpool midfielder produced a moment of rare quality to open the scoring before the whistle, acrobatically volleying a Lucas Leiva lofted ball into the top corner.

That goal ultimately proved the difference between the two teams and, speaking after the match, Can joked that he might never score one as good again.

He told Liverpoolfc.com: "I didn't think too much, to be honest. The ball came, a great ball from Lucas, and I just did it and I was happy the ball went in!

"I couldn't do anything else there, because the ball was a little bit behind and I couldn't head it.

"I didn't think too much and then I scored and I think I will never score [a goal like that] again!

"It was a special goal but I'm very happy that we got the three points, it was the most important [thing].

"It was the best goal I've ever scored. It was an unbelievable goal!"

Jürgen Klopp's side took control of the race for the final two top-four spots as they opened up a gap on their chasing rivals with three points.

Can described victory over the Hornets as a 'big, big step' but acknowledged that the Reds still have plenty to do to secure a return to the Champions League.

He added: "It was a very, very big step and I think if we perform in the last three games how we can perform then we will win games and we will play in the Champions League.

"Of course, we knew before the game what happened [on Sunday], with the other results, and it was a big, big step for us.

"But we still have three games and they will be very difficult, but I think we have to go with confidence into the games and the good thing is that we have it in our hands."