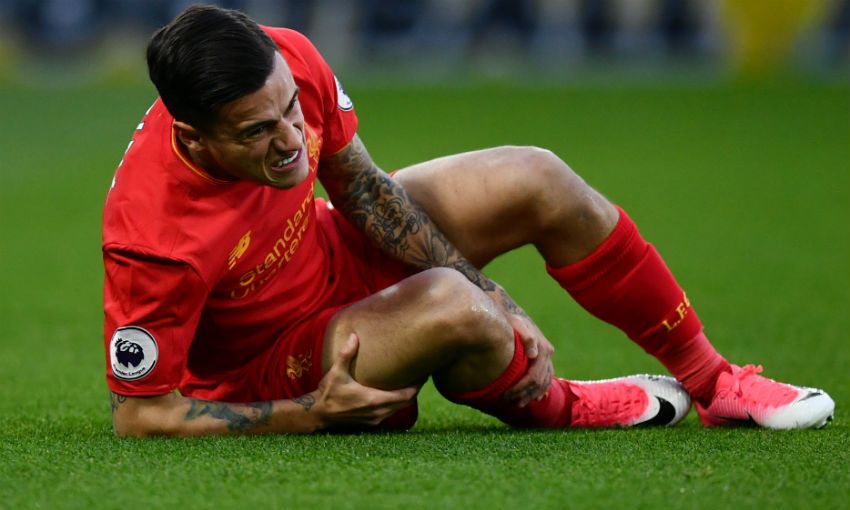 Coutinho was forced off in the 13th minute of the Reds' vital victory at Vicarage Road after taking a heavy knock to his thigh early on.

The Brazilian attempted to run the injury off but was unable to continue, with Adam Lallana replacing him.

Speaking in his post-match press conference, Klopp said: “He has a dead leg, hopefully it's not too serious but of course it's really painful and no chance [he could continue]. Everybody could see he tried hard, but no chance.”