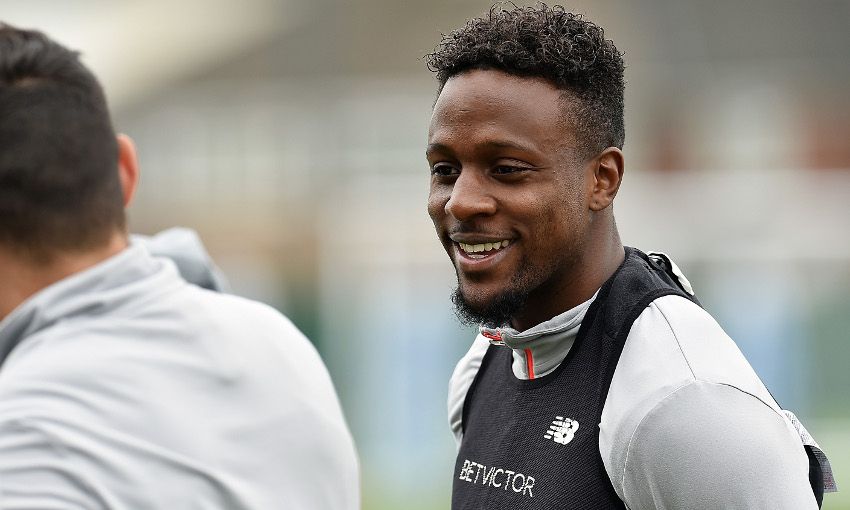 Divock Origi has been backed to play a starring role for Liverpool in the coming years by club legend Ian St John.

The 22-year-old has already matched last season's tally of 10 goals in all competitions, despite starting just 17 of the 38 games he has featured in.

And St John, who scored 118 goals in a distinguished 10-year stint at Anfield, believes Origi has the potential to be a big player for the Reds.

The Scot told Liverpoolfc.com: "He will develop through his training and the coaching at the club, the advice he is getting from the manager downwards, and you can see confidence coming in the lad.

"If everybody is fit he might not be in the team and be first pick, but when there’s injuries it’s great to have him to come on.

"One of these days he is going to be the guy who is going to oust them and be the No.1 man in the team.

"He’s a very interesting player and I think he will become a fan favourite."

Although Sadio Mane's absence through a knee injury has provided opportunities of late, Origi has mainly appeared from the substitutes' bench this season.

St John says such cameos are vital for any young striker to build up confidence and develop technically.

He added: "If you go back to the great goalscorers we have had, did they all become leading goalscorers in their first seasons? No.

"It takes time and when I see him I can see improvement in him. He is going in the right direction. I think he is coming along fine.

"When we saw him first of all you look at him and think that kid has got a lot of potential and you could tell that.

"The more appearances he gets even it is only as a substitute the confidence in his game comes in. Confidence is everything in football."

And, whether the Belgian starts or not, he helps provide a crucial degree of depth in the goalscoring department, according to St John.

"I can see Origi developing and I think that’s great because key men, goalscorers, key players, it’s nice to have a few that the manager can select," he enthused.

"It’s key actually to having a really successful season because if your one man gets injured, say for instance he’s got 15 goals and all of a sudden it’s a serious injury and you don’t have a similar player who comes along and carry on that run then it is a problem.

"But if you’ve got three or four, and Liverpool have got that at the moment, that’s the beauty of it. We are not just relying on one lad and we’ve got others in the team and our midfield players coming in and scoring.

"It’s nice to see Liverpool leading the league in terms of goalscorers."