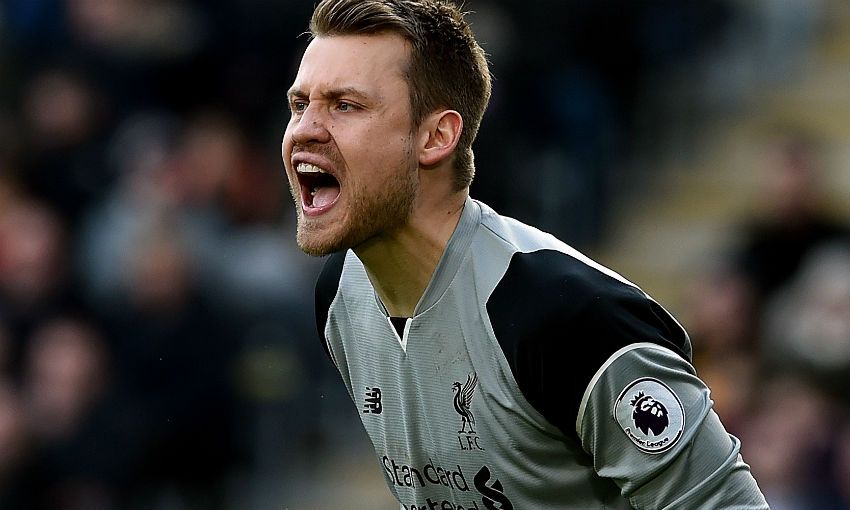 A repeat of the resilience and character Liverpool showed against Stoke City is required if they are to take all three points from Sunday's trip to West Bromwich Albion, Simon Mignolet feels.

The Reds displayed those qualities in abundance at the bet365 Stadium last Saturday, as they fought back from a one-goal deficit at the break to run out 2-1 winners thanks to fine strikes from half-time substitutes Philippe Coutinho and Roberto Firmino.

Mignolet also played a vital role in helping Jürgen Klopp’s team strengthen their grip on a place in the top four of the Premier League, with the goalkeeper making a pair of outstanding second-half saves to deny Charlie Adam and Saido Berahino.

Next up is this weekend’s visit to The Hawthorns, and Mignolet is anticipating Tony Pulis’ side will provide a similar examination of Liverpool’s mettle to Stoke.

However, the Belgium international thinks the way the Reds approached the second half in the Potteries proves they have what it takes to cope with such tests.

“I think we can use the performance, especially in the second half, against Stoke going forward to show how you have to deal with it, but that doesn’t mean it will always be the same - every game of football is completely different,” Mignolet told Liverpoolfc.com.

“Then, again, we’ll have to do it again on Sunday against West Brom, and we’ll have to prepare ourselves for that. We’ll have had a whole week to work and train on it and that can only help us.

“In the last few weeks, with the midweek game and the international break, there wasn’t much time to prepare but now, until the end of the season, we’ve got a week’s time to prepare every individual game and if you can do that we can be at our best.”

LFCTV GO: Mignolet looks ahead to The Hawthorns

As well as his two brilliant reaction stops to prevent Adam and Berahino from registering, Mignolet also provided a commanding, assured presence in the face of Stoke’s direct, robust style of play.

That, he believes, will stand him in good stead at The Hawthorns.

“It is important and it will be important until the end of the season. You have to deal with what they throw at you, it’s a different style of football than when you play the ‘big’ teams,” the No.22 explained.

“We’ve proven that when we play the ‘big’ games this year that we can compete and, against the other teams, we showed against Stoke and Burnley how to do it.

“That’s what we’ll have to do until the end of the season, to deal with these kind of things and the physicality of the game.

“It’s very important and if we can do that then there’s a lot of chances for us to pick up points. We’ve still got six games to go, 18 points to win, and we’ll have to try and get as many as we can.”

While Liverpool’s destiny in terms of securing Champions League qualification is in their own hands, Mignolet expects the race to continue until the final day of the campaign.

“It was massive, of course, to get three points at Stoke for that, but this week the three points will be massive again,” he added.

“At the beginning of the season you knew there would be loads of competition for those top four spots and there will be until the last game.

“We don’t really have to look over our shoulder or at the opponents, it’s about us having to play six games and getting the most points we can to get into the Champions League next season because that’s where Liverpool want to be.”