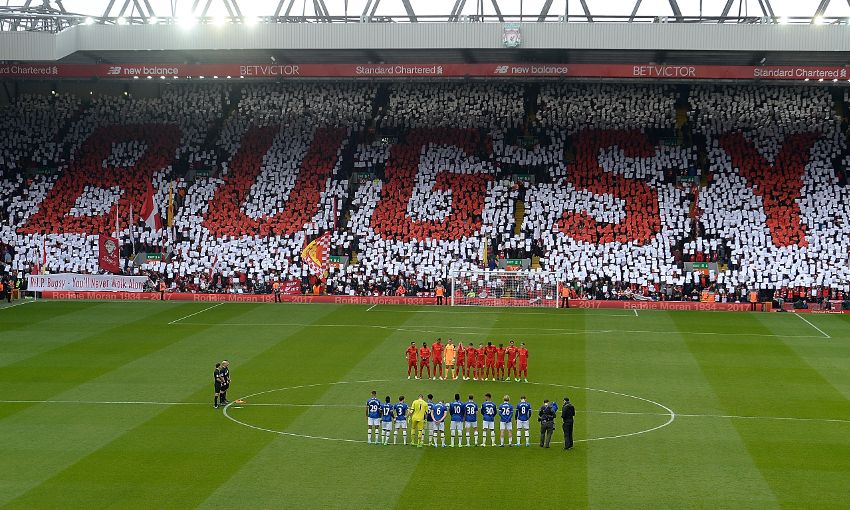 Anfield paid a poignant tribute to Liverpool legend Ronnie Moran ahead of the Merseyside derby on Saturday afternoon.

The man known as ‘Mr Liverpool’ passed away last week at the age of 83, having dedicated 49 years of his life to the club in the roles of player, captain, coach, caretaker manager and many more.

Before kick-off against Everton, a mosaic was formed by the Kop reading ‘Bugsy’ – an affectionate nickname for Moran – as a minute’s applause was observed around the ground.

Click play below to watch footage of the tribute at Anfield.