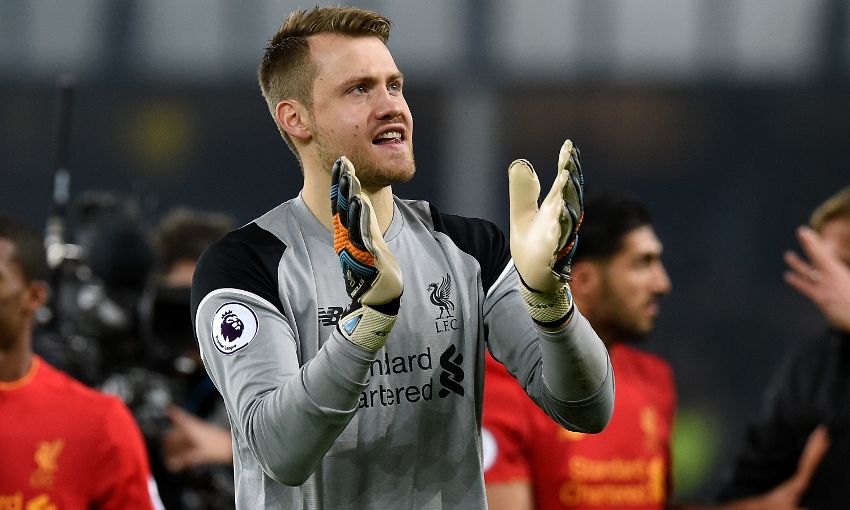 In the three home games he has played against Everton since joining the club, the goalkeeper has conceded only once as Liverpool have taken seven points out of nine.

And indeed the one blemish came as a result of an unexpectedly thunderous strike from Phil Jagielka in the final minutes of the 2014 fixture between the sides.

Little wonder, then, that Mignolet is full of anticipation for the 228th edition of the derby this Saturday – no matter how heated the atmosphere gets on or off the pitch.

“It is pretty special,” said the Belgian, in conversation with Nathaniel Clyne and Georginio Wijnaldum as part of a Dunkin’ Donuts feature ahead of the game.

Clyne, Mignolet and Wijnaldum on the derby with Dunkin' Donuts

“In the time I’ve been here, we’ve always had great results against Everton at home. The fans are up for it. It’s always a big fixture to look forward to. On the day itself, it’s nice to be part of it.

“It’s always a bit hostile, but like in any other derby game that’s something you relish – two groups of fans who are cheering their team on.

“It’s a bit special, of course, in Liverpool because in some families you have got both Everton and Liverpool supporters.

“Although it’s a derby, I don’t think there is so much hatred between the two clubs. Everybody wants to win and everybody is cheering their team on, but it’s still in a fair way.”