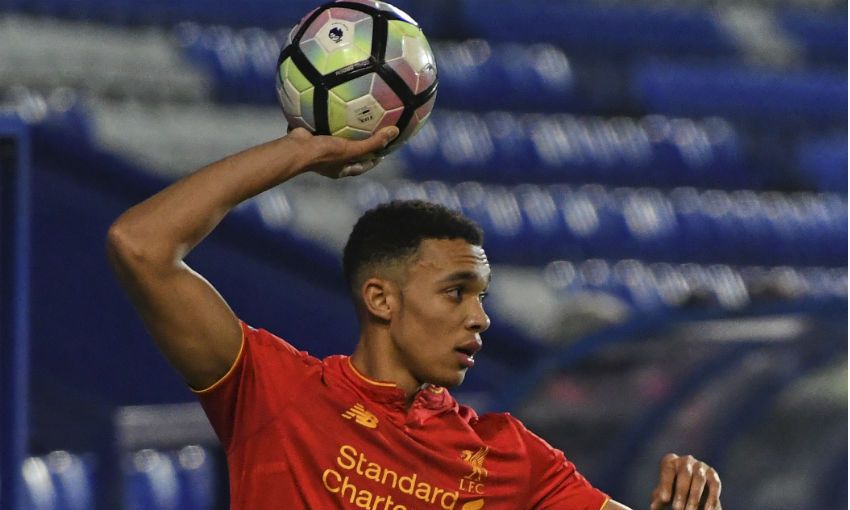 Trent Alexander-Arnold's pathway to Liverpool's first-team set-up is familiar to Nathaniel Clyne, who says his young teammate's progress reminds him of his own breakthrough at Crystal Palace.

Academy graduate Alexander-Arnold has made the step up to senior level this season, making nine appearances for Jürgen Klopp’s side since being handed his debut in the EFL Cup victory over Tottenham Hotspur in October.

The 18-year-old’s sole Premier League start to date came against Manchester United in January, when he deputised for fellow right-back Clyne, who was ruled out of that clash due to injury.

An assured display duly followed from Alexander-Arnold at Old Trafford, and Clyne - who made his first-team bow for Palace at the age of 17 - has been impressed by the youngster, who he believes is benefiting from training full-time with the Reds’ first-team squad at Melwood.

“It reminds me of when I was that age, making it through to the first team,” the England international told Liverpoolfc.com.

“[My experience is] probably not at the same level but it was difficult. Once you get your head around it that you’re part of the first team it makes you feel better, you get more comfortable with the lads and you get to enjoy it a bit more.

“I think he’s come in and done really well. He’s such a young lad and he’s full of confidence, you can see on the pitch that nothing fazes him. You can see he’s definitely talented and he’s got a real bright future ahead of him.”

Clyne went on to praise Alexander-Arnold’s attitude and joked that the teenager’s level of ability means he doesn’t require any tips on the craft of playing at right-back for Liverpool.

“He seems pretty cool, calm and a humble guy. With the talent he’s got I don’t think he needs any advice, really!” the 25-year-old said.

“He’s doing really well. On the ball he’s technically gifted, he can put in a good cross and he’s good defensively as well. He’s a quality player.

“You can see he’s improving. He’s more confident and he’s fitted right in. He doesn’t look out of place.”

Hear more from Nathaniel Clyne in the latest edition of #LFCWORLD, which premieres on LFCTV at 8.30pm GMT this evening and will be available on LFCTV GO later today.

Episode 32 of the club channel's weekly magazine show also reflects on the news that former Reds midfielder Xabi Alonso will retire at the end of the season and offers a sneak peek at our new show, 'Premier League Heroes'.