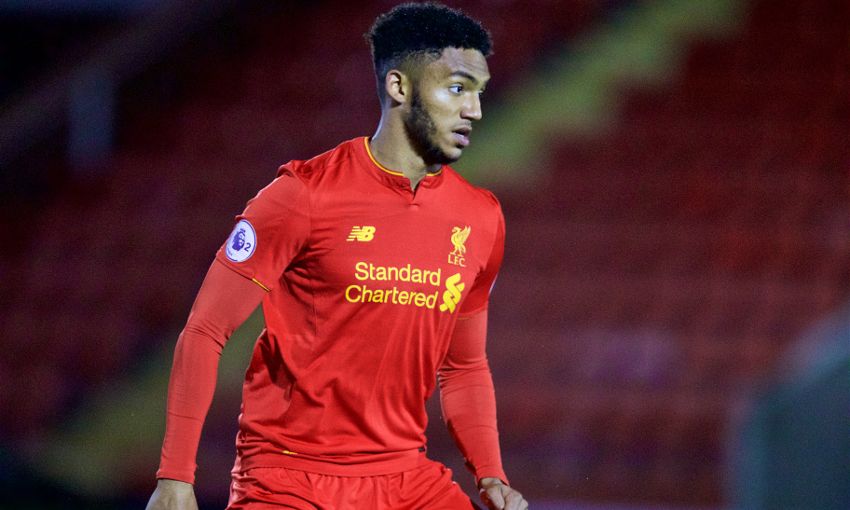 Joe Gomez is determined to make the most of every minute on the pitch as the Liverpool defender continues to build on his fitness and develop his game.

The 19-year-old played the whole match as the U23s maintained their impressive form in the Premier League Cup with a 1-0 victory over West Bromwich Albion on Tuesday night.

It provided another small step on the road to complete rehabilitation for Gomez, who returned to action earlier this season following a year out with anterior cruciate ligament and Achilles injuries.

The teenager feels he is learning and ‘finding himself’ with each appearance and explained his gratitude for the opportunity to play alongside the ambitious young Reds squad.

“I’ve had the chance to get a lot of 90-minute [appearances] now,” he told Liverpoolfc.com.

“It’s important that I keep building. You can always keep learning and it’s good for me to keep getting minutes, as well as learning in training from everyone in the first team.

“I feel very good. I feel like I’m learning and finding myself each game. It’s good to get some minutes; it’s a great experience for me and good to come into such a strong team and be able to play a part.

“It’s important that I come into every game and keep getting into good habits and doing my best to help be a leader within the team.

“We’ve got a great bunch of lads, some great talent and we have to just keep learning and building and we’ll keep progressing.” 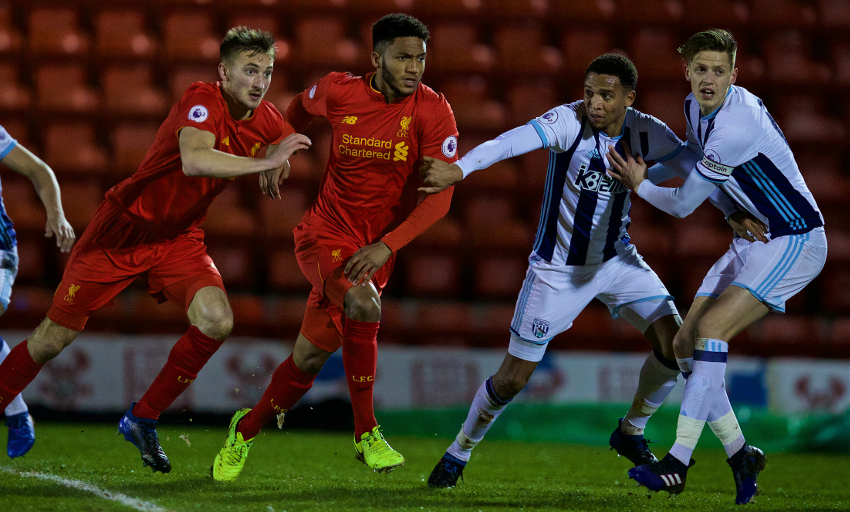 The winning goal against West Brom came from an unlikely source.

In the first of three minutes of stoppage-time, full-back Connor Randall decided to try his luck from 25 yards and sent his drive beyond Boaz Myhill to secure the win for Mike Garrity’s team.

Gomez was ‘buzzing’ for his fellow defender, but took greater satisfaction from the manner in which the U23s adapted to the challenges facing them in the match.

“It’s important that we focus on getting good results,” he added.

“We did well to get the goal in the end, but obviously at times it was frustrating not being able to break them down. It’s good that we’ve come and got the clean sheet.

“We’ve got a good side. Sometimes, teams want to sit off and let us try to come at them so they can come on the counter. At times we showed good patience.

“But at times we showed a bit of inexperience trying to break them down and force things. It’s obviously a learning experience for all of us and it was good that we got the goal at the end.

“It’s great to be a part of it because we’ve got a great team here. A lot of the boys are very talented and it showed – everyone puts in a good performance for the team.”