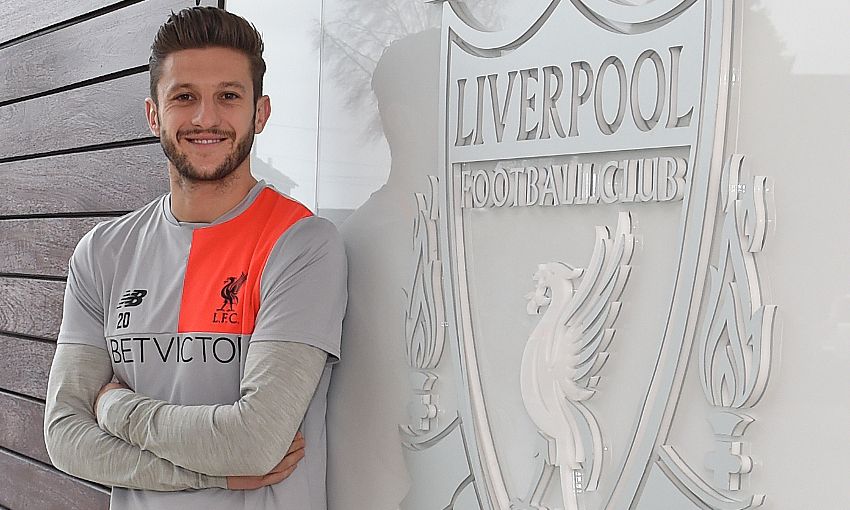 The midfielder has ensured he will prolong his career with the Reds after penning the deal at Melwood on Wednesday.

Now midway through his third season at Anfield, Lallana has made 117 appearances for the club, scoring 20 goals, following his transfer from Southampton in June 2014.

He told Liverpoolfc.com: “I’m very proud and feel quite humbled by the show of faith from the club and the manager in particular.

“Signing for a club like Liverpool is obviously a big thing – but to re-sign shows you’ve obviously contributed enough that the people who make the decisions want you to stay longer.

“This is a really good place to be at the moment and, for a player who wants to be part of something special, I can’t think of a better club to commit your future to.

“We have a brilliant squad of players who are only going to get better the longer we are together. We have a world-class manager and coaching staff.

“And because it’s Liverpool there is that added X-factor of the supporters and what success would mean to them when we achieve it here. I’m just delighted that I’m going to be part of it for even longer.”

Lallana has enjoyed an outstanding 2016-17 campaign for Liverpool so far, operating in either a midfield or forward three, with his 27 appearances yielding seven goals.

Indeed, in January, the 28-year-old received the England Player of the Year award following an online supporters’ vote.

Lallana added: “I would say I feel in this moment like I’m playing as well as I ever have – and if that is the case of course the next challenge is to maintain or improve. That is always the case at a club like this – you have to keep proving yourself and challenging yourself.

“I think my best years are still ahead of me because I feel so fresh and confident.

“You can’t always promise to be the best player on the pitch but I think you can promise to try your best each and every game. I try to do that and I think the Liverpool supporters see that in me.”

Lallana: I didn’t hesitate for even a second over new deal
Klopp: Lallana’s best is yet to come – and I’m so pleased it’ll be at LFC
Melwood photos: Adam puts pen to paper
Adam Lallana: Inside the body and mind of a Liverpool player
Gallery: Lallana at Liverpool - the story so far