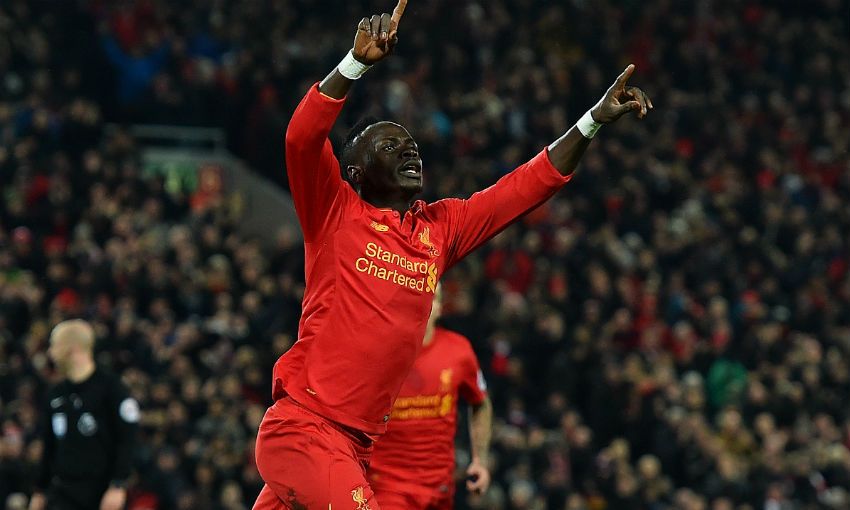 Sadio Mane has thanked Liverpool fans for their support since his return from the Africa Cup of Nations - and the forward is determined to repay them with more match-winning performances between now and the end of the season.

Mane was in sensational form on Saturday as his first-half double inspired the Reds to an impressive 2-0 victory over Tottenham Hotspur at Anfield.

Senegal’s participation in the AFCON caused the 24-year-old to miss seven Liverpool games last month, with Jürgen Klopp’s side winning just once in his absence.

Following an appearance off the bench against Chelsea and a start in a below-par team display in defeat at Hull City, Mane was a major driving force behind a much-improved showing from the Reds against Spurs.

The No.19 was afforded a standing ovation from the home faithful when Klopp substituted him in injury time, and he has expressed his gratitude for the way Liverpool fans have treated him since his return to Merseyside.

“I want to thank all the supporters for what they have done for me,” Mane told the Liverpool Echo.

“I was very happy to hear that when I came off against Tottenham. Having that support means so much. It has really lifted me since I came back.

“They give the team so much. I know that sometimes it hasn’t been easy for them but they are always behind us and always pushing us. We try to give our best for them.”

Mane admitted that he found it tough to be unable to help his club-mates while he was away on international duty, but he is hopeful that Saturday’s performance and victory can reignite Liverpool’s season.

“It was difficult because the results were not so good,” he added.

“When we weren’t playing or training, I was watching the Liverpool matches and wishing the best for my team-mates.

“Even when I am not here, my heart is always in Liverpool.

“Now we have bounced back and we have to keep it like this.

“It’s too early to speak about what’s going to happen but the confidence is back in this team now.

“We have to take it game by game and try to win every game between now and the end of the season. We have time to rest and time to train so we need to use that.

“We have a team with great qualities. We can’t change what’s happened but the motivation is there to keep improving and get whatever we can from the rest of the season.

“Difficult moments happen in a season. We had three or four difficult weeks but we are out of that now. We had to produce a reaction and we did that against Tottenham.”

Mane also revealed that he was insistent about being involved in the 1-1 draw with Chelsea a fortnight ago - despite that game coming less than 24 hours after he returned from the AFCON - and added that he now feels back up to full speed.

“I feel like I’m back now. I’m a professional footballer. I don’t ever look for excuses like I am tired or something.

“I was OK to play against Chelsea and Hull. I discussed it with the coach and I was happy to be out on the pitch. But I felt much better against Tottenham.

“Now I want to perform at that level and do my best for the rest of the season.”