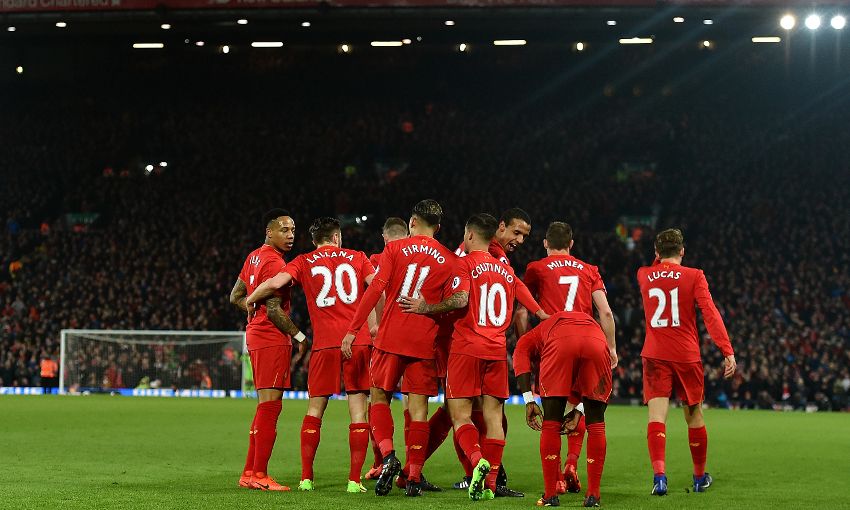 Adam Lallana has explained how Liverpool’s first-team squad held a players-only meeting in the build-up to Saturday’s clash with Tottenham Hotspur in an attempt to return to form after indifferent recent results.

Led by Jordan Henderson, the captain called the team discussion in the Melwood dressing room on Thursday, where Liverpool’s displays in 2017 to that point were calmly analysed and solutions for getting the Reds back on track were sought.

And it had the desired effect as Jürgen Klopp’s side turned on the style to record a comprehensive 2-0 victory over fellow top-of-the-table rivals Spurs at Anfield.

Lallana said: “Every now and again, it doesn’t hurt to speak about it. If anyone has anything to say — as long as it’s not personal, just professional — there is no harm to remind each other of what we need to do.

“You saw everyone was fighting for each other. We were backs against the wall, we hadn’t won in January in the league. So big credit to Jordan. He wanted it to happen. It wasn’t just him who spoke, the senior players spoke, the non-senior players, everyone. It was good, refreshing.

“It was a very open meeting and I came out of it knowing that every one of those players are together and intent on turning things around as quickly as possible. Almost an ‘us against the world’ type of attitude and we will do anything for each other, work our socks off, for it to change as quickly as possible.

“We knew things would change, it was just a matter of time, but it was up to us to show when it would change.”

The win over Spurs was Liverpool’s first in the Premier League in 2017, but they now must wait until February 27 to return to action when they face a trip to Leicester City.

Nevertheless, Lallana insists the Reds must pick up exactly where they left off when they get under way at the King Power Stadium.

He added: “We didn’t have excuses in January. It is about us proving to everyone that we don’t just perform against the top teams. We have to go to Leicester and perform exactly the same. It’ll be a real shame if we don’t get that consistency as the way we performed here was remarkable.”