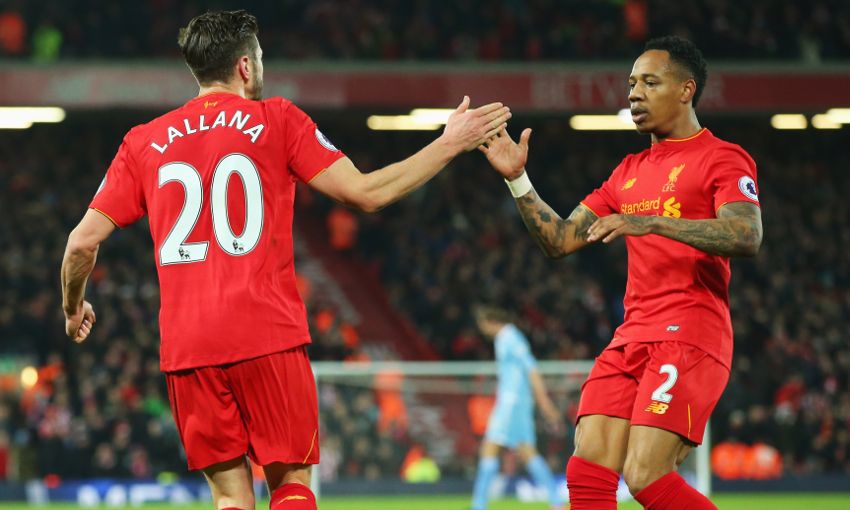 Jürgen Klopp is hopeful Nathaniel Clyne can feature against Wolverhampton Wanderers on Saturday, with the manager keen to select a strong side at Anfield.

Liverpool take on the Championship outfit in the FA Cup fourth round, with an immediate response to their midweek elimination from the EFL Cup – and the preceding Premier League defeat against Swansea City – the target.

Klopp revealed he intends to name a ‘slightly more’ experienced team to that which twice faced Plymouth Argyle in the competition, though checks will be made on several players.

“It’s not final who we can line up tomorrow, because we had a few knocks after the game and have to wait a little bit,” he said at his pre-match press conference.

“But we’ll have enough and a very good team for tomorrow. We will not make 10 changes or something. A few changes we have to make.

“A real injury problem… Adam Lallana got a cut, maybe you saw it. I’m not sure we should now try, if the stitches are really good enough or whatever. But not more.

“We have to see how Clyney is. It would be great for us if he could play –we rested him in the last game. Hopefully he can be part [of the match] tomorrow, we have to see.

“[There is] nothing new about Marko Grujic, nothing about Ingsy. We should be quite a good squad.”

Watch Jürgen Klopp's pre-Wolves press conference in full below with LFCTV GO. Not yet a subscriber? Find out more here.