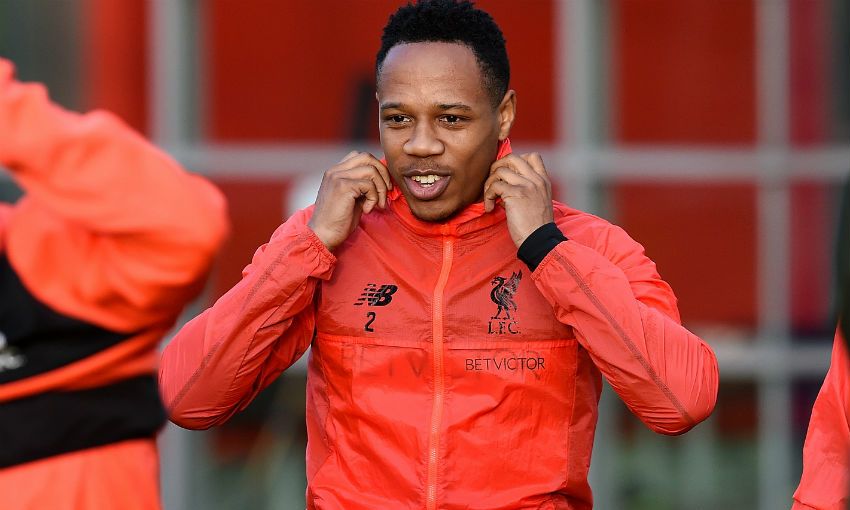 Nathaniel Clyne and Lucas Leiva are progressing well after missing Sunday's draw with Manchester United due to injury, Jürgen Klopp has revealed.

Liverpool full-back Clyne was ruled out of the clash at Old Trafford with a rib/abdominal issue, while Lucas was absent because of a knee complaint.

But Klopp today provided an encouraging update on the duo, with the boss confirming that Clyne has a ‘big chance’ of featuring against Swansea City on Saturday and saying Lucas feels ‘very positive’ about his fitness.

“It’s getting better. With Nathaniel, it was a muscle between the ribs. Everybody who has ever bruised their ribs knows OK, sometimes you think it’s better broken,” the boss said, at his press conference to preview tomorrow’s FA Cup replay with Plymouth Argyle.

“It’s really painful, but now we know after a scan that there is nothing else and each day helps him to settle and get back on the pitch, if you want. So we give him for sure, we have to, two or three more days and then hopefully he can start running and all that stuff.

“He is, how everyone can imagine - he made nearly all the games since I’m in and before, probably, [he’s] one of the hardest we have so the first second when it’s possible, he’s out there. He has a big chance, I think, for Swansea.”

On Lucas, Klopp added: “It’s similar to Lucas. His knee was swollen and that’s never a good sign, but in this case it was on the better side of the bad news.

“Again, it’s only a bruise but then you have to wait until the swelling is away and wait for if something is coming back and all that stuff, and that’s what we did.