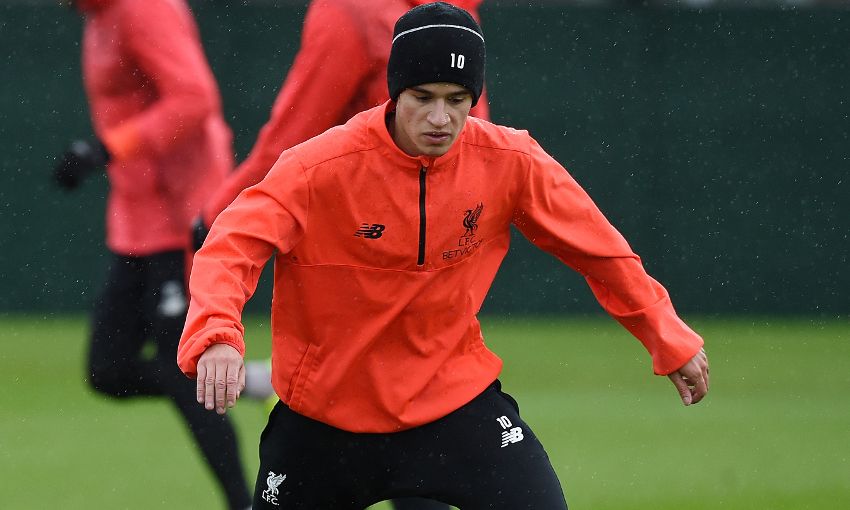 Jürgen Klopp is hopeful that Philippe Coutinho can be in the Liverpool squad for Wednesday's EFL Cup semi-final, first leg against Southampton.

The Brazilian has been out of action since sustaining an ankle injury in the Premier League clash with Sunderland at Anfield in late November.

But Coutinho returned to team training last week and was part of the session at Melwood on Monday morning, giving the manager cause for optimism regarding a comeback.

“I think Phil is fit enough for being part of the squad,” said Klopp.

“That means it could be minutes, how much I don’t know. It depends on the game, of course. He is on a very good way.

“It was six or seven weeks, something like this, so that’s long. And so he needs minutes in training, especially, but then of course as soon as possible minutes in games.

“We will see how we do it, there [has been] no final decision made until now.

“I think [today] was the third complete session he did with the team, tomorrow again would be the fourth. It’s not that many, but for being in the squad, I think it’s enough. And then we will see.”

Klopp also provided an overall fitness update ahead of the trip to St Mary’s, including specifics on the respective recoveries of Jordan Henderson, Joel Matip and James Milner.

He said: “All good. No new injuries, and all the rest are on their way back. How close? It’s different.

“Joel, first steps, if you want, in team training. Millie, no issues anymore. Hendo, on a very good way, because he is a really mentally strong guy.

“It’s still painful, I think, but he is doing well. We will see what we can do with him. Hopefully, Thursday [he’ll be in] team training.”