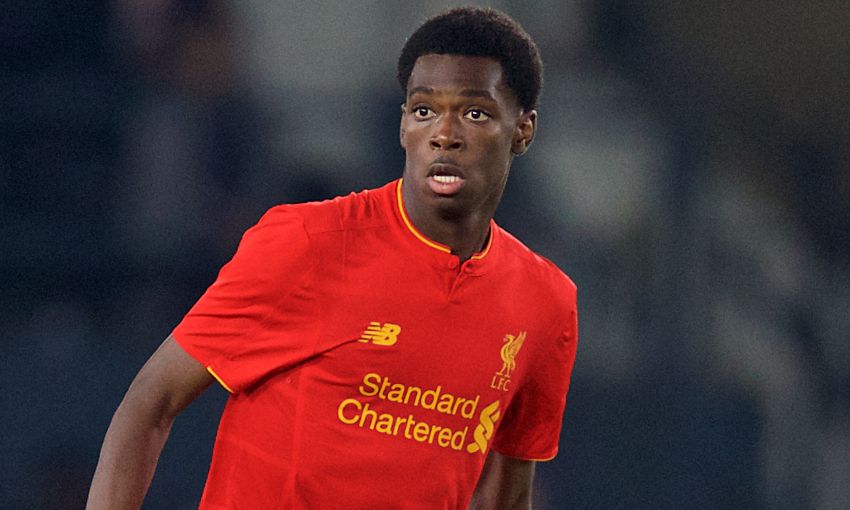 In 2014, Ovie Ejaria had to make what could ultimately turn out to be one of the toughest decisions he'll ever need to consider in his professional football career.

Then aged just 16, the burgeoning midfielder was offered a scholarship by Arsenal after spending the previous nine years as part of the Gunners' youth set-up.

However, in deciding to turn down the deal, Ejaria found himself needing to consider proposals from other clubs – albeit, of which there were several.

One such pitch came from Liverpool and intrigued by the positive reputation of the Reds' Academy for nurturing talent, he decided to size up the Kirkby complex for himself.

Two-and-a-half years on, it's proven to have been a wise decision.

“I was offered a scholarship at Arsenal and I chose to turn it down,” Ejaria told Liverpoolfc.com in a chat alongside fellow graduates Trent Alexander-Arnold and Ben Woodburn at Melwood this week.

“I had opportunities to go to different clubs. I had a look at Liverpool and it was the only club I went to, because I enjoyed it a lot.

Now 19, Ejaria's development has been impressive as he has moved through the ranks en route to becoming a permanent fixture at Melwood as he continues to work on his game alongside his more experienced colleagues, under the guidance of the backroom staff.

Indeed, last summer's first-team pre-season trip to the United States provided him with an opportunity to demonstrate his blossoming ability, leading to five senior appearances this term – two of which have been starts in the EFL Cup, against Tottenham Hotspur and Leeds United.

He continued: “It's been amazing. It happened so quickly as well – it is an amazing feeling. You don't realise [how quickly the past few months have gone] until you actually think about it. So, I would say [it's been] amazing.

“To be honest, I didn't really expect it. The way it happened was quick – one day I was at the Academy and I got told I was training at Melwood. It started from there really.”

One of those first-team runouts came as a substitute in Liverpool's 6-1 win against Watford at Anfield, in which he played a part in Georginio Wijnaldum's strike.

“It was a great feeling,” Ejaria said of that appearance. “Everyone dreams of making their debut in the Premier League.

“I'm really happy to have got an opportunity to do that. It was a great feeling.”