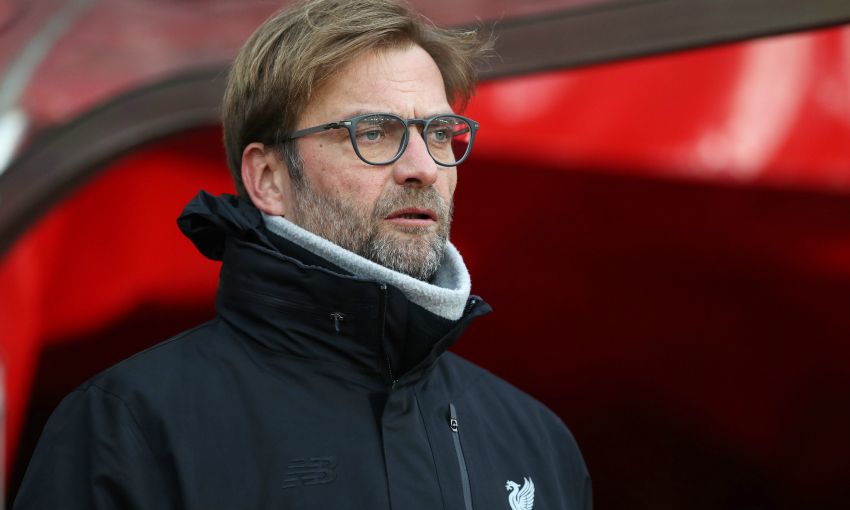 Jürgen Klopp has expressed his pride in the way Liverpool went about coping with the physical demands of playing twice in two days.

The Reds were held to a 2-2 draw at Sunderland on Monday afternoon - a game that kicked off less than 44 hours after the end of their 1-0 victory over Manchester City at Anfield on New Year’s Eve.

Stoke City were dispatched 4-1 in L4 just four days prior to that hard-fought win against Pep Guardiola’s team, meaning the match at the Stadium of Light represented Liverpool’s third Premier League fixture in the space of six days.

Klopp’s side twice took the lead against the Black Cats, courtesy of Daniel Sturridge and Sadio Mane, only to be pegged back both times by Jermain Defoe penalties.

But while admitting to feeling frustrated with the final scoreline on Wearside, the Reds boss praised his players for the effort they put in so soon after an energy-sapping performance against City.

“I thought we started really well and then we lost a little bit of concentration, whatever, and let them come back a little bit into the game,” Klopp told Liverpoolfc.com.

“I could describe the game of course, but I don’t know what I could’ve expected, that’s the problem. After [a] one-day break only, I’m surprised by the physical performance and proud of what they did.

“Both goals we conceded - the first one, after a throw-in I think, [Didier] Ndong runs into the box and the referee gives a penalty and the second one it was not a free-kick.

“Sadio has the ball on his arm so it’s handball, but it’s not a free-kick before, there wasn’t even contact. But we have to accept this and so they scored goals and us only two, so the result is 2-2.”

On whether it was inevitable that his team’s intensity would dip at Sunderland due to the quick turnaround following the City fixture, Klopp replied: “If it’s a surprise for everybody then I can say that players are not machines, they are human beings!

“They tried for this and I’m really proud, they really did try their best, I’m sure. They lost concentration - I’m not sure 100 per cent why, for sure not because we underestimated Sunderland, that’s not possible [because] the boys are not like this.

“It feels really bad and it’s difficult to accept it, but of course I have to.”