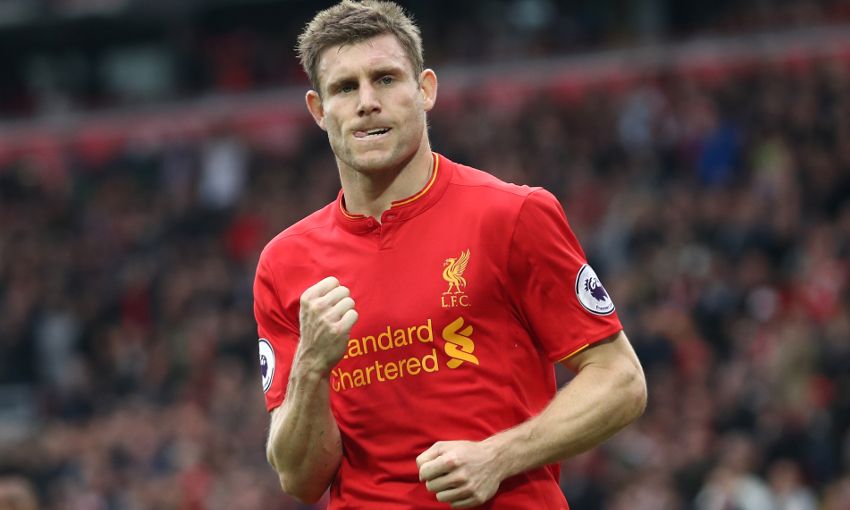 The success of James Milner's switch to left-back has not been a surprise to Jürgen Klopp.

At the outset of the season, the Liverpool vice-captain was moved to an unorthodox role in defence, having spent the vast majority of his career in midfield and forward positions.

And in a professional manner that typifies Milner’s approach to the game, the No.7 has adapted to the job quickly, working hard on fulfilling the task to the best of his ability.

Another assist on Tuesday night, for example, helped the Reds return to second place in the Premier League with a 4-1 victory over Stoke City at Anfield.

Klopp was asked about the Englishman as he previewed the New Year’s Eve meeting with Manchester City – one of Milner’s former clubs – and explained why the coaching staff were convinced of the wisdom of the move.

“Football has changed in the last few years; you need different players with different skills for different positions than before,” the manager said at Melwood.

“For us, it was clear that if Millie was open for this position then everything would be good. It was not a big surprise for us – not because we are geniuses, only because we already knew him and knew how we wanted to play from the position.

“Clyney, on the other side, played the position in the past completely differently. Now he is the same on the right hand side. He is more a winger than he was last year. That’s exactly the same development, only a different way.

“Things change and players have to adapt. You are never too old to develop. Millie didn’t love the position but I think nobody really spoke with him about it – ‘Put him there and play’.

“We always liked this player and for us it was clear we would try everything to use him and that’s what has happened.”