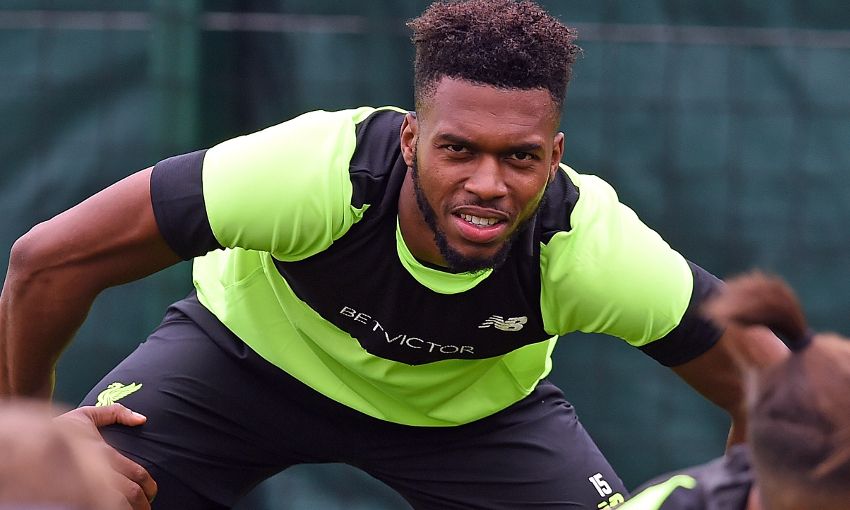 Daniel Sturridge, Emre Can and Joel Matip all have a chance of featuring for Liverpool in Monday's Merseyside derby, Jürgen Klopp has revealed.

But the boss says all three players will need to prove their fitness in training to earn themselves a place in his squad for the Reds' meeting with Everton.

Sturridge has been absent since sustaining a calf injury prior to the 2-0 win over Sunderland at Anfield at the end of November.

When asked about a potential derby return for the striker, Klopp commented: "It's still a maybe, we can't say anything different.

"He's closer to team training than he was last week and maybe we can involve him today, I'm not 100 per cent sure but it's possible.

"If we can involve him today then in our situation, of course [we will use him]. Danny cannot be at 100 per cent but having Daniel Sturridge for 20 minutes would be fantastic.

"If he is available then he will be involved but we will have to see. Until now he did four pitch sessions with the rehab coach and it would be nice if he could be part of my department from today."

Can has missed Liverpool's last two games after a clash of knees in training left him unable to play, while Matip was ruled out of the win over Middlesbrough on Wednesday with an ankle issue.

And, like Sturridge, both will be carefully assessed ahead of the trip to Goodison Park.

On Emre, the manager said: "[He is on a] pretty good way. It was a strange injury, I had never heard of this ligament but when it's injured, it's injured.

"It settled quite well and quick and yesterday he felt no pain. He has had not that long a break so if he is ready to train today or tomorrow then we will involve him."

Discussing the prospect of Matip returning, Klopp added: "Joel is again a little bit different. We did not make a final decision about how we handle it because he had this problem for two or three weeks.

"It's a little bit of an ankle problem, it's not a real injury but it's painful and we cannot push him through, that's the situation.

"I don't know in this moment. He did parts of the training before the Middlesbrough game but in the end he said 'I cannot sprint' so it makes no sense [to use him]. We are in really intense conversations about this and we haven't decided."