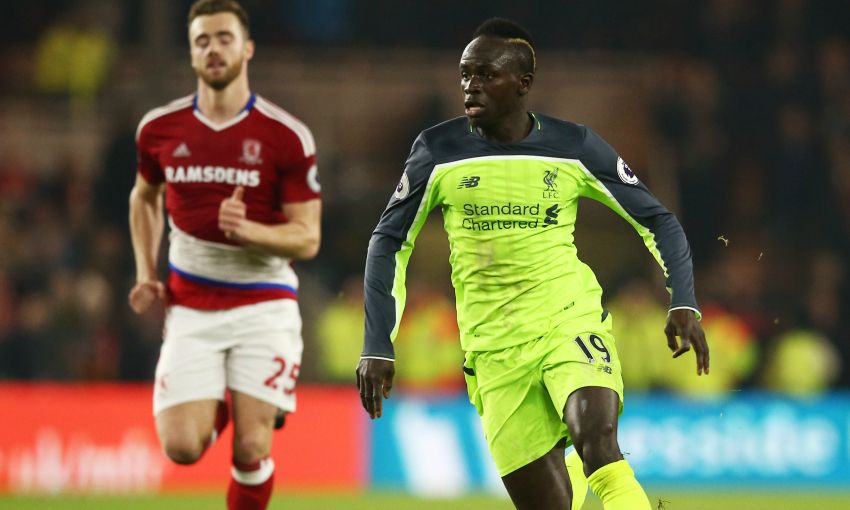 The prospect of continuing the busy festive period at Everton is something that excites Sadio Mane, who is looking forward to his first taste of the Merseyside derby.

Liverpool travel to Goodison Park on Monday for the second of five Premier League fixtures in the space of 19 days, with home meetings with Stoke City and Manchester City also to come before the trip to Sunderland on January 2 next year.

Jürgen Klopp’s side began their hectic Christmas-time schedule by beating Middlesbrough 3-0 on Wednesday night, an impressive victory earned by an Adam Lallana double and Divock Origi's fifth goal in his last five appearances.

While Mane admits that this stage of the season can take its toll physically, he says the Reds’ squad are relishing the fact the games are now coming thick and fast - with the short trip across Stanley Park next up.

“It’s not easy but I think everybody’s used to doing it. I think it’s no problem for us so everybody’s excited and looking forward to this time, I think we can do it,” the forward, who was speaking before the game at the Riverside Stadium, told Liverpoolfc.com.

“I think in the Premier League everything is quite the same, it’s [Everton’s] a tough game [but] why not? I think with the quality we have we can beat every team in the league so I don’t know why we can’t go there and win.”

However, Mane - who will go away to the Africa Cup of Nations next month - insists that the Reds are concentrating solely on taking care of their own business, rather than looking at their rivals' results.

“I think we have a bit of distance to Chelsea but we all know what can happen in football,” the Senegal international added.

“For us, the most important thing is not to think about where they are, it’s to focus on ourselves and go game by game, and try to win the games, until the end of the season.”