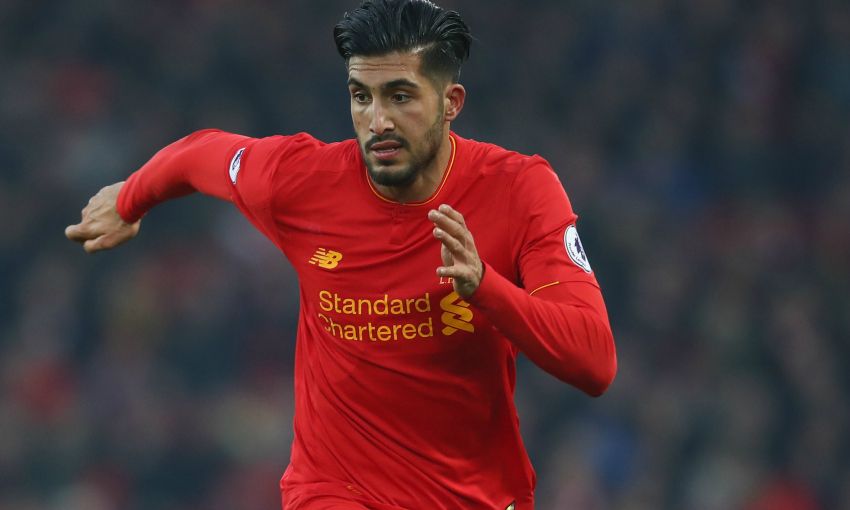 Jürgen Klopp has confirmed that Emre Can is a doubt for Wednesday's game against Middlesbrough, but the Liverpool boss hopes to have Dejan Lovren available for the trip to Teesside.

Can missed yesterday’s 2-2 draw with West Ham United due to a knee issue, while Lovren was withdrawn at half-time of that match after suffering with cramp.

Klopp was asked for an update on the condition of both players during his press conference to preview the midweek visit to the Riverside Stadium this afternoon.

“He’s already on a good way and I’m not sure - he’s in doubt for Wednesday, but I think Everton he will be back for sure. It would be cool if he could train tomorrow, we will see. It’s painful, not really more.”

Immediately after Sunday’s meeting with the Hammers, Klopp said that Lovren’s substitution was precautionary.

“Hopefully, I don’t know more in this moment,” he replied, when asked today whether the centre-back’s issue was nothing more serious than cramp.

“It was cramp. He told me he wanted to play and I told him I want to play too, but since 20 years I can’t!

“It’s not about what you want, it’s about what is possible and we made the decision together it’s better to take him off, but we don’t know more about it in the moment.”